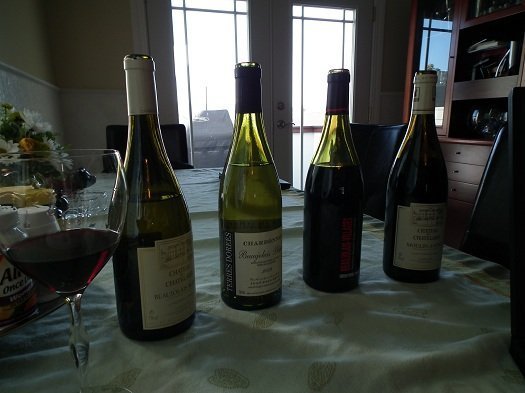 Beaujolais is home to more than just Beaujolais Nouveau, it’s also home to more upscale reds and whites, primarily made with the Gamay and Chardonnay grapes. These light, very affordable wines are often served chilled or even with ice — even the reds.

We sat down with the folks at Discover Beaujolais to taste through four 2009 releases of these non-Nouveau wines. Just remember: Don’t call it Burgundy! (“Bojo” is located just to the south of that famed wine region.)

2009 Jean-Paul Brun, Terres Dorees, Beaujolais Chardonnay – A much greater success with crisp acidity and lots of fresh fig, pear, and apple fruit. Creamy body coats the mouth as you go, but the acidity loosens it up. A winner. A- / $15

2009 Christophe Pacalet Beaujolais-Villages – Licorice is big on the nose, and the body screams cinnamon, allspice, and exotic Eastern spices. Huge and daunting, and no match whatsoever for the thin body. C+ / $12

2009 Chateau du Chatelard Moulin-a-Vent – Old-vine Gamay, a little rounder than the Pacalet but still full of spice. The body is bigger at least and can hold up to some of the punch here, but it’s still a big of a palate buster. Pruny finish. B- / $19