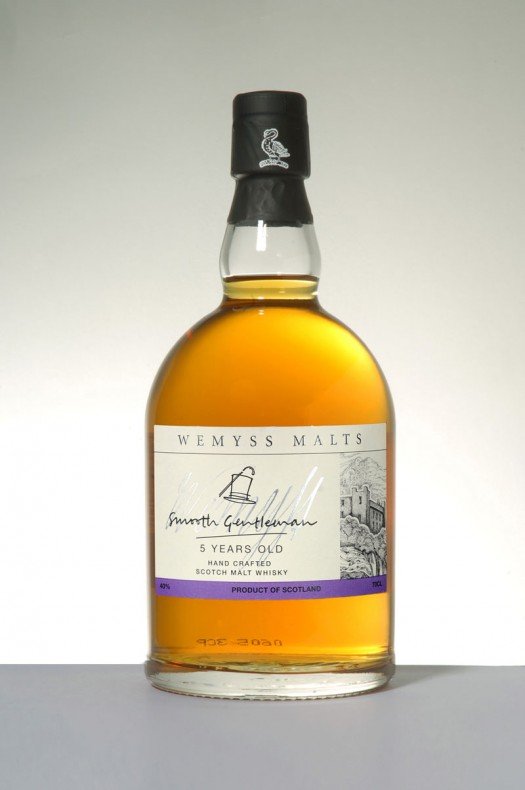 Wemyss (pronounced “weems”) is well known for its blended (aka vatted) malts and its aggressive approach to picking a variety of single malt casks to reach various specified outcomes. Wemyss even names its malts — which are not blended Scotch, by the way, since they contain no grain spirit, just malted barley — to give you an advance idea about what you’re drinking. We tried two of the distillery’s newer bottlings.

Wemyss Malts Smooth Gentleman 8 Years Old Scotch Malt Whisky – Rich, bread-like with big grain flavors. Sweet and savory, it is indeed a smooth gentleman, characteristic of the Speyside malt that makes up the bulk of the blend. Honey, a touch of tropical fruit, and some very light heather notes can be found here, and coupled with the big, cake-like texture Smooth Gentleman is a lot like eating a pineapple upside down cake for dessert. Very up-front about its aspirations, and nothing if not enjoyable. A- / $40

Wemyss Malts Peat Chimney 8 Years Old Scotch Malt Whisky – The name implies you’ll need a stovepipe hat for this whisky, but Peat Chimney, incorporating lots of Islay malt, is as mild as “peaty” whisky gets. Peat Chimney is actually more reminiscent of the sea than of the fireplace, with seaweed, salt, and iodine notes far more evident than peat smoke. Any Laphroaig drinker will wonder what the fuss is about, just a lightly smoky, seafaring Scotch that could have stood to venture a lot further into the mist. B / $40 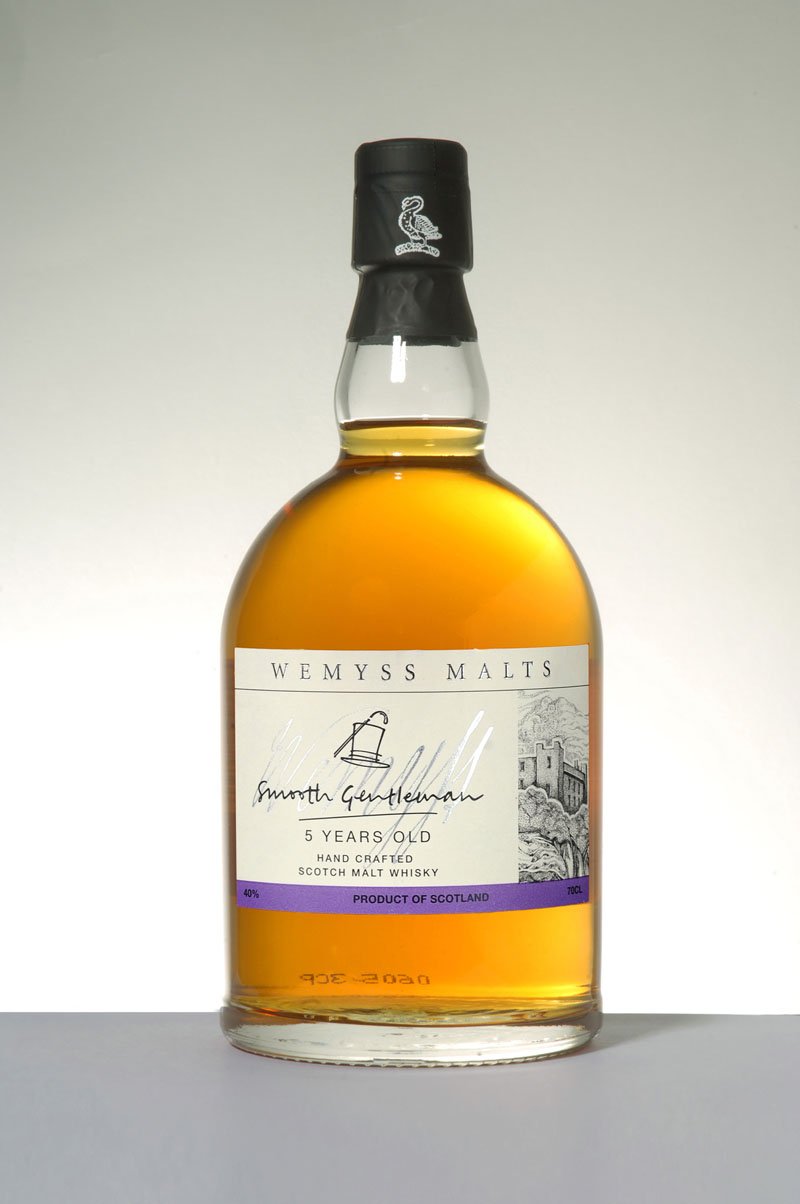