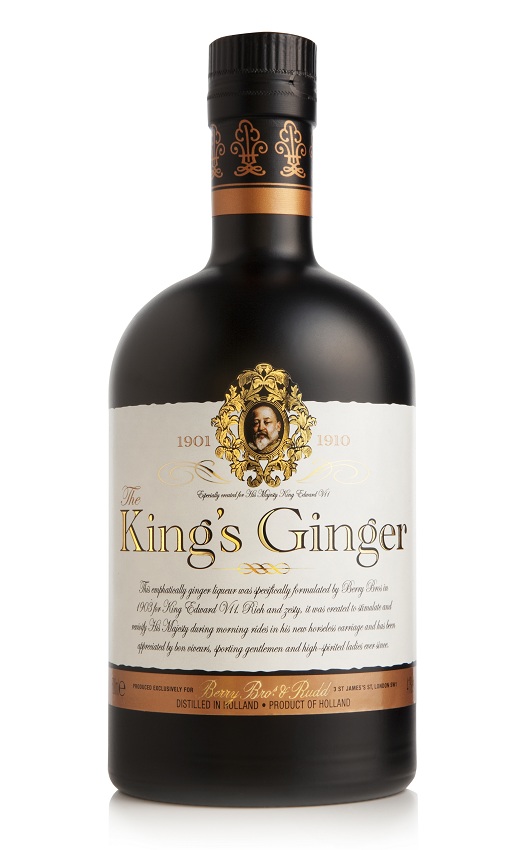 Can you feel the Royal Wedding excitement yet? It’s palpable, I know, as mere days away a new princess will be crowned.

To celebrate the nuptials, Berry Bros. is reminding everyone of The King’s Ginger, a liqueur it created in 1903 for King Edward VII, “to stimulate and revivify His Majesty during morning rides.” It’s made not in the UK but rather in Holland.

Revivify it does. Compared to Domaine de Canton (which I tasted side by side), The King’s Ginger packs much more of a punch: 82 proof in TKG vs. 56 proof in Canton. The flavor war, however, goes to Canton. Canton packs authentic, spicy, racy ginger notes, lots of bite, like gnawing on a real ginger nub. The King’s Ginger is syrupy and sweet, the equivalent of drinking a bottle of Canada Dry vs. Fever Tree.

The King’s Ginger is a perfectly acceptable product, but with Canton on the market, the go-to ginger spirit anyone should use is obvious. Even if you’re a prince.