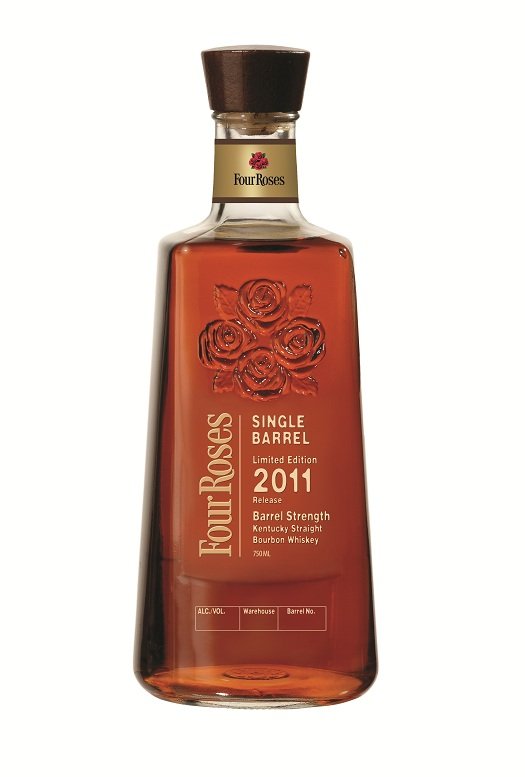 Another unique winner of a vintage single barrel bourbon from Four Roses, this rendition of its annual release a 12-year old bourbon from barrel code OBSQ (click here to see what this means), the distillery’s rye-heavy whiskey recipe.

The preview sample of the 2011 Single Barrel is hot — 118 proof, though this will change a bit before the actual bottling — and full of pungent rye character. It carries flavors of fermented bean paste, malted barley, cinnamon, and earth. This is very much a rye at heart, warming and rich. There’s a big burn on the finish which mars the overall effect, unfortunately, but the end result is still a hit. Jim Rutledge says he gets roses on this whiskey, something I don’t pick up.

This isn’t my favorite Four Roses Single Barrel. I put it next to the only other Single Barrel I had on hand, the 2009, and was immediately drawn to the older bottling. Fans of rye — big, burly rye — will find lots to like here, but frankly I think this is a whiskey that would have worked better in a blend like Four Roses’ Mariage than by itself.