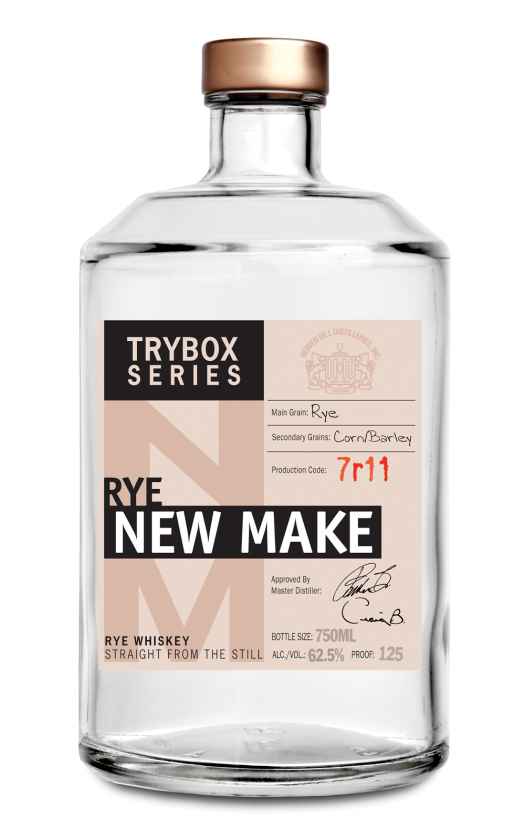 Like it or not (and most of you appear to be firmly in the “not” camp) white whiskey is here for the consuming.

The good news: Heaven Hill is doing something useful with white whiskey beyond attempting to make a quick buck. (Since white whiskey is unaged and need not spend years in expensive barrels, it is far more cost-effective to produce and sell… yet producers command some pretty impressive prices for the stuff.) With its New Make series, Heaven is giving consumers an opportunity to see how different mashbills affect the finished product: Unadulterated by wood, you can now compare a predominantly corn vs. a predominantly rye spirit head to head.

The results are something every whiskey fan should experience at least once.

I sampled Trybox New Make production 6c11 (a corn whiskey which, when aged, would become a bourbon like Evan Williams Single Barrel) and production 7r11 (a rye which, if aged, would turn in to Rittenhouse). Neither is 100 percent any grain: Both contain a mix of corn, rye, and barley, just in different (and unspecified, except for which is “primary”) proportions.

The results are, again, intriguing, if hardly anything you’d want to sip after dinner. At 125 proof, these are both moonshine in the figurative and literal sense: Hot, wild, and deadly powerful white lightning.

The differences, however, are quite astonishing. The Trybox Series Rye New Make Whiskey (B+) has distinct corn character on the nose, but is spicy on the palate. Initially it is sweet and racy, then that secondary corn — always the overpowering element in any mashbill — kicks in, giving you a chili-flavored Frito finish. As much as is possible, this is a whiskey in balance among its various components — hardly complicated, but balanced and, in its own way, pleasant to drink. Trybox Series Corn New Make Whiskey (B) is a little more blunt, overpoweringly earth and corn-focused on the nose, then heavier with corn on the tongue. The sweetness comes along more in the finish, but that funky, petrol-laced finish comes on strong soon after, reminding you that this is young, immature bourbon at heart. It’s more instructive than it is enjoyable.

All in all, very interesting experiment all around. If you pick these up, be sure to grab both (or share with a friend) so you can compare the two offerings. 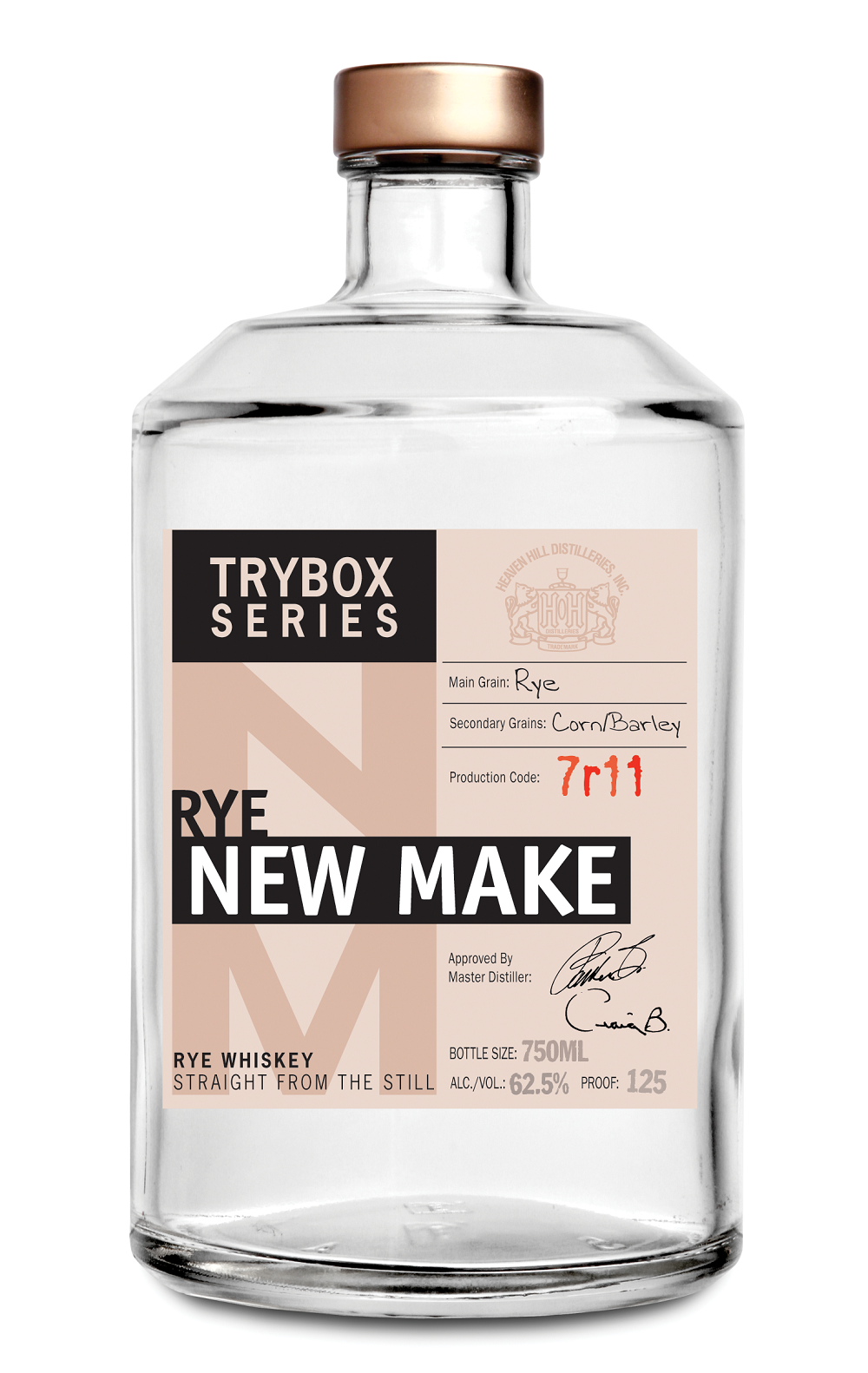