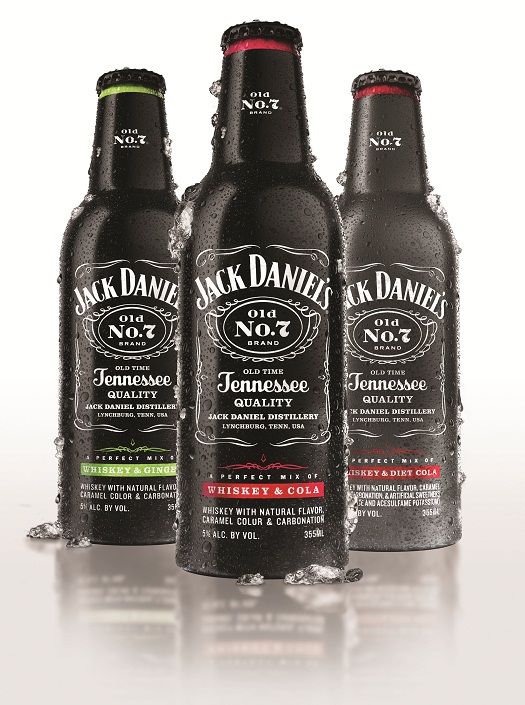 Lately a backlash has been brewing (no pun intended) against pre-mixed, ready-to-drink cocktails, cocktails which actually have nothing to do with the products advertised on the label — whether it’s vodka, rum, whiskey, or something else — and are in fact simply flavored malt liquor pawned off to an unsuspecting audience.

Now some savvy drinkmakers are taking an alternate — if astonishingly obvious — alternate tack: Putting the actual ingredients promised on the label into the bottle. Shocking, huh?

Jack Daniel’s (which has had its own line of semi-nasty flavored malt beverages, Country Cocktails) is the latest to join the fray, adding its iconic Tennessee whiskey to cola, ginger ale, or diet cola, to give you these new, eponymous ready-to-drink spirits.

The recipes should not come as a shock: JD, plus one of the aforementioned ingredient flavorings (ah, plus carbonated water and caramel color), and that’s it. The flavors are authentic and legitimate: Whiskey & Cola (A-) tastes like just like you added Jack to a can of Coke. Whiskey & Ginger (B+) is also completely real, if a little less successful because the ginger ale used is a little on the sweet side, and lacks much in the way of bite. (We didn’t taste the Diet Cola version, which is also available.)

The only problem many will see with this approach is the strength of the finished product: At just 5 percent alcohol, no serious Jack & Anything drinker would ever water his beverage down this much. There are a variety of laws in place determining how strong these beverages can be, of course, but that doesn’t change the fact that you’re really drinking something on par with a beer, not a cocktail (which would probably be more in the range of 10 to 30 percent alcohol, depending on how you mix it).

But maybe that’s a good thing. Sold in aluminum bottles and perfect for the tailgate or the BBQ, these aren’t products for cocktail hour, they’re made for sitting in front of the TV or out on the porch while the sun goes down. For what these products are trying to accomplish (which, to be honest, is not a lot), they succeed admirably. 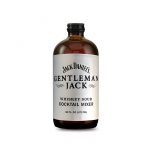