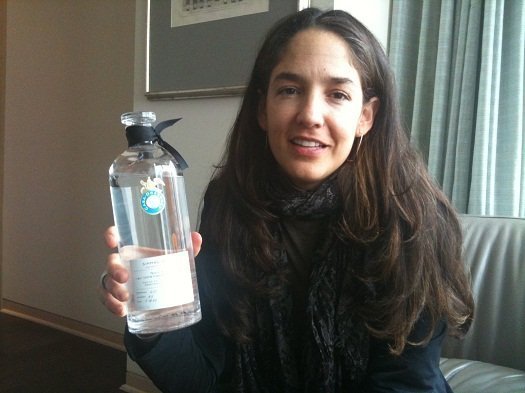 Casa Dragones is almost certainly a tequila brand you have never tried or likely even seen. That’s a sad thing, because it is one of the best silver tequilas on earth.

Casa Dragones is the proud bearer of a number of unique traits. It is the brainchild of Bob Pittman, a founder of the MTV network. It is a joven tequila — blanco in appearance but made up of both unaged and aged tequilas, then filtered to clear, giving it a substantial complexity. It is a lowland tequila, rare in an age where most tequila makers boast about their mountain agaves. It is column distilled, not pot distilled. It is made by the only female Maestra Taquilera ever to be certified in Mexico. Only 24,000 bottles will be produced this year, each at a cost of $275 per bottle.

Said Maestra, Bertha Gonzalez Nieves, explained all of this to me on a recent trip to San Francisco. A former cultural ambassador from Mexico to Japan and ten year veteran of Cuervo, Nieves doesn’t look like the typical Maestro Taquilero I meet with — usually grumpy old men who’d rather be back in the agave fields than on the road meeting with bloggers — but she understands tequila to a surprising depth. In between discussions about the origins of Casa Dragones (born at a New York City party where she and Pittman met) and who the Dragones actually were (left as an exercise for the reader), we enjoyed a fabulous shot of this unique “sipping tequila.”

The tequila is simply superb. Again, there is only one variety — and there will only ever be one — and the nose at first hints at nothing special. Lemon and orange peel mingle with what come across as somewhat boozy vodka notes. Breathe deep and you get a sense of nuttiness, but little else. I wasn’t expecting a lot… and then I took a sip.

Casa Dragones slips across the tongue with beautiful citrus notes, building warmth as it segues into vanilla and cocoa notes, driven clearly by the extra anejo tequila that makes up the blend. It gets sweeter as you sip, showing coffee character and more of a dessert-like body, a surprise that makes you reconsider the crystal clear color of what you’re sipping. And yes, you’re sipping, not gulping. The finish is warm but has no bite, a smooth operator through and through. This tequila may indeed be a Johnny come lately, a stunt driven by a millionaire who wants a tequila to call his own — and a price tag to match — but damn if he doesn’t know exactly what he’s doing.

A+ / $70 (prices have plummeted in the last decade) / casadragones.com [BUY IT NOW FROM CASKERS]