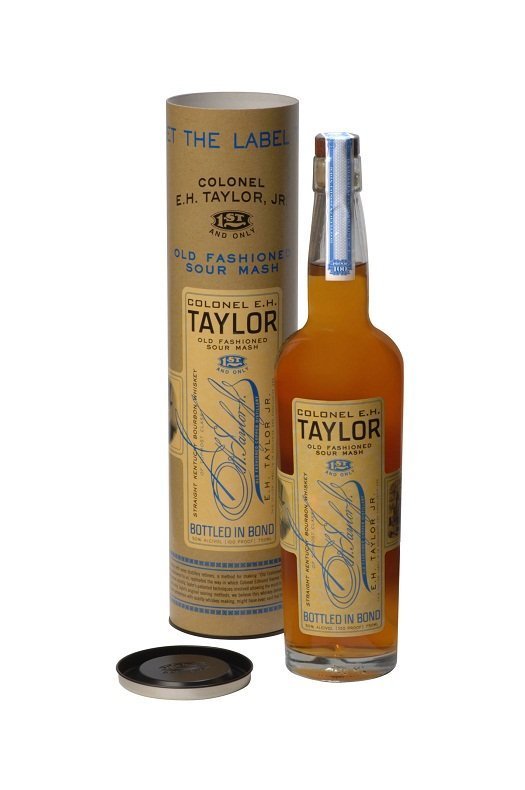 Is there anything better than a Bourbon whiskey named after an old dude with initials for a first name? And this one’s a Colonel, people!

Funnin’ aside, Colonel Edmund Haynes Taylor, Jr., was a real guy — he introduced climate-controlled warehouses in Kentucky in the 1800s and patented his own sour mash technique — and Buffalo Trace is invoking his name for a new line of whiskeys hitting the market over the next few years. This is the first of them, a nine-year-old Bourbon, bottled in bond at 100 proof and created using a replica of Taylor’s custom sour mash technique.

Some say Taylor’s Bourbons were the finest of their day, but now E.H. has a lot more competition. It still stands up. This Bourbon is a ruddy orange color, rich with the nose of a traditional, old-school Bourbon. Sweet and woody aromas give way to a whiskey with a moderate body and a rich complexity. This is not a vanilla- and charred-wood-heavy Bourbon like so many on the market today. Rather it is a whiskey that invokes raisins and cinnamon, plums, and silky creme brulee. The nose and body are a bit at odds with each other — traditional in the nostrils, startling and unusual on the tongue — and that gives this whiskey a surprising and unique complexity. What’s even more amazing is how smooth and bite-free it is. I was stunned to find out this was bottled at 100 proof. It finishes nice and easy like a standard 80 proofer. Definitely one to hunt down.