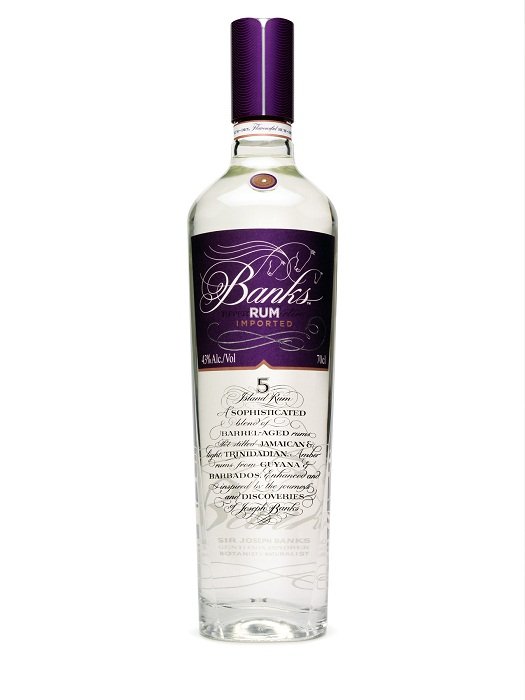 Last year a survey named Banks 5 Island Rum as the best rum for that quintessential rum drink: The Daiquiri.

Only problem: Who’s ever heard of Banks 5 Island?

Well finally, we have.

It’s not called 5 Island for kicks: Banks 5 Island really is a blend of aged rums from five Caribbean islands: Jamaica, Trinidad, Guyana, and Barbados. The fifth island, oddly, is not named. It is only said that it is to the east of the area. Hmmm.

Filtered to clear, this barrel-aged rum has much more character than most white rums. It is sweet and engaging, lively on the palate. The nose is rich with sugar cane, filling the room when the bottlecap is unscrewed.

Banks 5 Island doesn’t have a lot of nuance to it, and the finish is a bit lacking: Things take a turn for the bitter as the rum lingers on the tongue, which leaves the spirit a bit out of balance. I am out of limes right now, but I can certainly imagine how this would fare in a Daiquiri, and it is an image that I find pleasing.