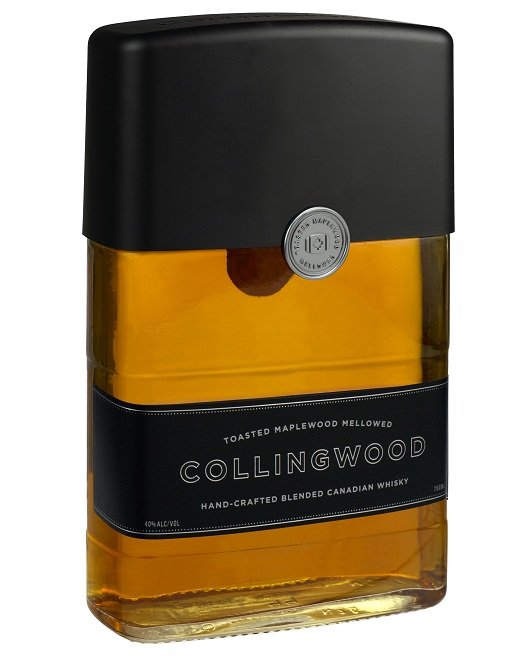 Never mind what’s inside Collingwood: You don’t get very far without admiring the bottle. I know I’m a sucker for a nice decanter, but this thing is ridiculous, like an overgrown Chanel bottle or a glass, whisky-filled Zippo.

But on to the spirit within: This whisky is, to be blunt, unlike any I’ve ever tasted. A blend of two whiskys, aged in oak for three-plus years, and finished in toasted maplewood casks, it is sweet yet earthy and deeply wood-inflected. The nose: Woody and maple syrupy, but closer to Bourbon than most Canadian whiskys. On the palate, the upfront offers a brown sugar character, but the sweetness is a bit muted. It’s not overwhelming in the way some hoary Bourbons can be, but simply mellowed out.

The ultimate effect as this washes over your palate is incredibly hard to describe. There is applesauce with cinnamon, butterscotch, cedar planks, but nothing approaching smoke or charcoal in it. The finish is baffling, with wood and earth at play with molasses and incense.

Collingwood makes a lot of claims that this is perhaps “the smoothest whisky ever made.” I’m not sure if that’s the case — though it is easy-drinking — but either way it’s much more than that simple platitude.