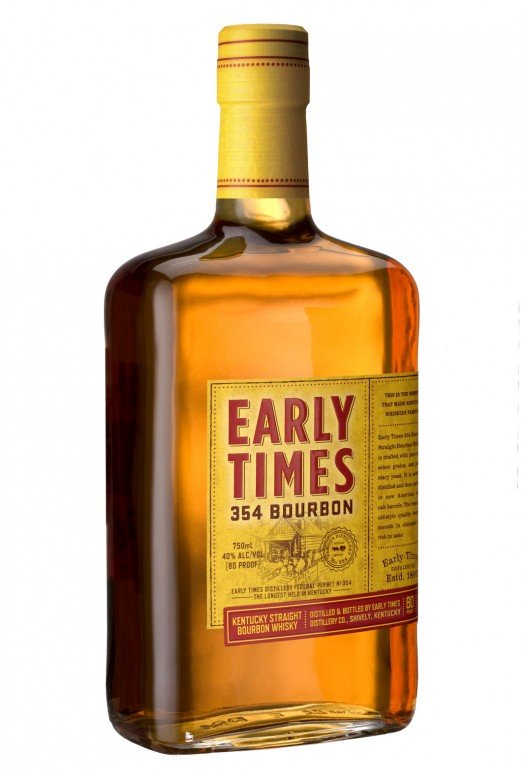 Early Times is one of the biggest names in inexpensive whiskey… and now it’s trying to creep upmarket. Today we look at the (only) ET that’s been on sale since the 1980s, and the new Early Times 354 Bourbon, which debuts this month.

Early Times Kentucky Whisky – Note carefully, it’s not “Bourbon.” It’s “Kentucky Whisky.” (It’s not even “Whiskey,” mind you.) Why not Bourbon? Because although it spends a minimum of 3 years in barrel, not all of the barrels are new (which is required by law): About 20 percent are old barrels used for real Bourbons. The result is accelerated aging (as the Bourbon trapped in the barrels mixes with the new spirit added to them) but less wood flavor infused. The result is a simple and young whiskey, one with a big, boozy nose. This eventually fades to reveal a very sweet body, filled with caramel notes and touches of nutmeg and cinnamon. There’s something here that makes it clear that this is not indeed Bourbon — there’s not enough wood and the body doesn’t have enough heft to it. It’s like the Diet Coke of the Bourbon world. Close to the real thing, but not quite. Still, for a mixer it can work. In fact, the Early Times Mint Julep is the official drink of Churchill Downs on Kentucky Derby day. Don’t tell the fans it ain’t Bourbon. 80 proof. B- / $12 [BUY IT NOW FROM DRIZLY]

Early Times 354 Bourbon – This, on the other hand, is bourbon. Early Times hasn’t sold a true Bourbon since the 1980s, and it’s taken until now for it to bring one back to the market. The result is 354, a premium spirit in upscale packaging that adheres fully to the rules for Kentucky Bourbonmaking. The results are an improvement over the standard-grade ET. It’s aged just four years, leaving it very young, but more complicated. Again, big caramel and moderate cinnamon notes are a hallmark, and 354, while still 80 proof, has considerably more bite and less sweetness to it. You know you’re drinking old school whiskey when you sip 354, which offers a lot of wood — almost charcoal — character in the finish. Early Times 354 would be forgettable in the end, were it not for the price: A paltry $16 per bottle. Arguably worth the upgrade if you’re feeling four dollars fancier. 80 proof. B / $16 [BUY IT NOW FROM DRIZLY] 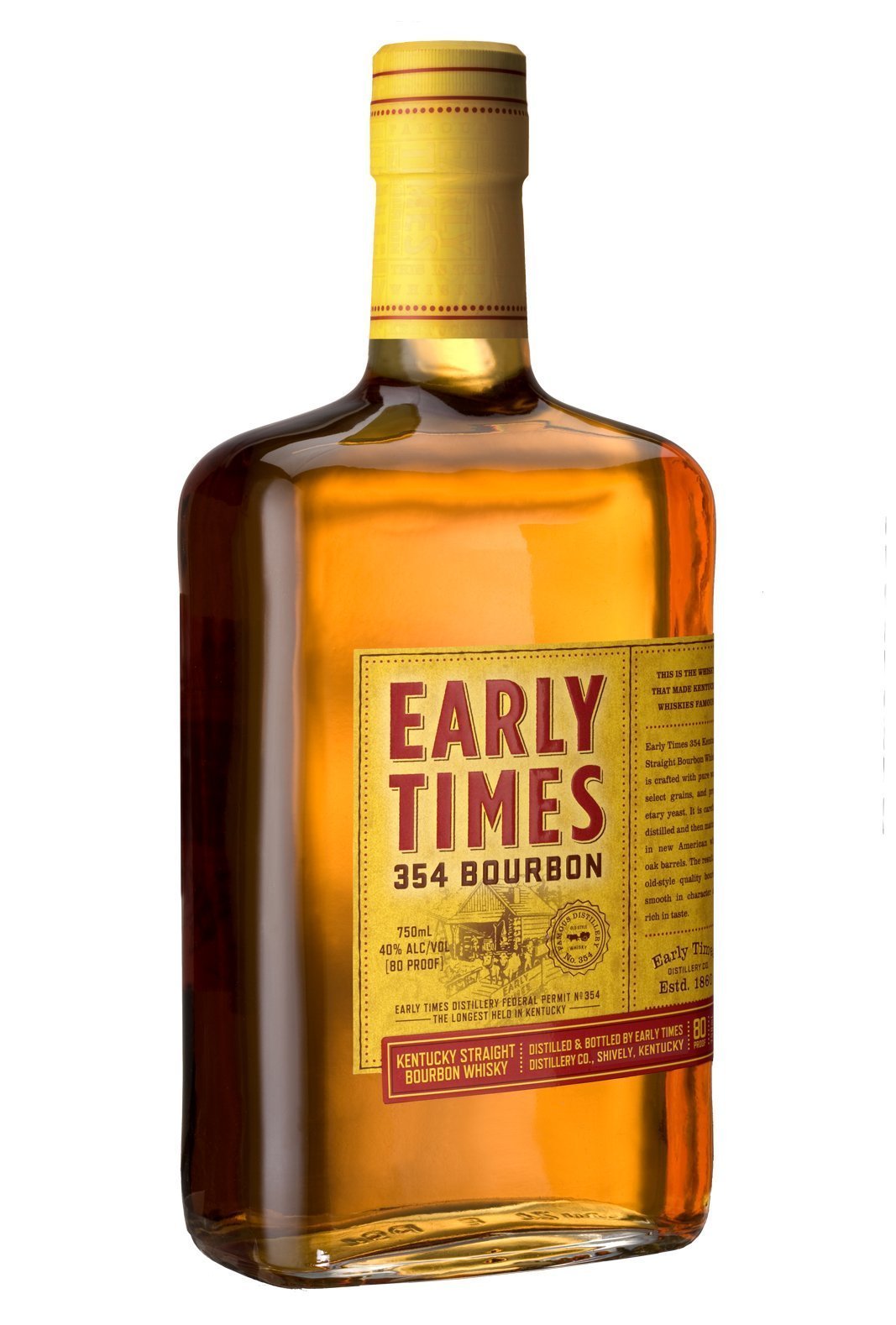