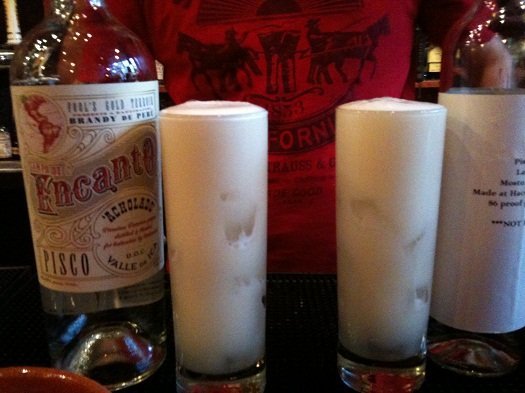 Pisco is, put simply, unaged, grape-based brandy from Peru (or Chile, which we’ll discuss later). Peru puts strict controls over its national spirit: Eight grape varieties may be used to make it, the wine made from those grapes may be distilled only once, it must be rested for three months in neutral vats (commonly steel or plastic, no wood), and no water can be added to dilute it before bottling. Because it can’t be altered in any way, Pisco’s alcohol content typically varies in the 75 to 90 proof range.

It sounds simple, but there is a startling variety of Pisco being made today, and more and more of it is making its way into the U.S.

Recently I sat down for a Pisco primer with Duggan McDonnell, proprietor of San Francisco’s Cantina, and a partner in the new Encanto Pisco project, which we’ll talk about in a bit.

To call McDonnell a Pisco enthusiast would be a vast understatement. He knows Pisco the way Robert Parker knows wine, and in an hour plus of lectures and tasting with him, my mind (and notebook) overflowed with wisdom about the spirit and about Peru, where McDonnell travels frequently to oversee everything from grape harvesting to vat blending for Encanto.

So without further ado, here’s a look at some of the most common Pisco varieties on the market, all of which we tasted (brands tasted are noted parenthetically).

Pure/Single Grape – Quebranta – About 78% of grapes grown for Pisco are Quebranta, making this the most common (by far) type of Pisco sold worldwide. A red grape originally from Spain, this is what anyone who’s had Pisco before has likely tried and will remember: A nose of petrol is most telling, with a musky, coconut husk character that’s hard to miss. But there is sweetness in the mid-palate, a nougat-like character, which doesn’t so much balance the spirit as it does temper it. (Conqueror / $22)

Pure/Single Grape – Torontel – As far away from Quebranta as it gets, this aromatic grape is reminiscent of Riesling or Muscat, making the Pisco thick with perfume on the nose and flowery, lemony notes in the body. That characteristic Pisco funk is still there, but it’s tempered by all those aromatics. Powerful and memorable, but a little goes a long way. (Vinas de Oro / $32)

Pure/Single Grape – Italia – The “most beloved grape in all of Peru” leads to this gentle expression of Pisco, one which lands somewhere between Quebranta and Torontel. It shares more of its DNA with the latter, offering mild aromatics, but still has a semblance of wood, like Quebranta — not of lumber or barrels but rather of tree bark. Hard to pin down its myriad undertones, but overall quite enjoyable. (Vinas de Oro / $32) 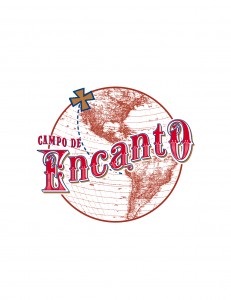 Acholado – Put simply, a blend of grapes. The “meritage” of Pisco, if you will. Acholado style gives the producer the most flexibility of all the Pisco styles, but it requires more effort since blending is involved. Encanto (McDonnell’s Pisco) uses three grapes and a solera style of blending, where one season’s distillate is carried over in part to the next, waterfall style, essentially forever, so that all Encantos from here on out will have at least a little of the original Encanto inside. The result? Funky up front, then a distinct sweet, butterscotch finish. Some flower essence is notable, too. This is a journeyman’s Pisco, more complicated than its brethren, but still honest and sincere. (Encanto, $36)

Mosto Verde – The most complicated form of Pisco. I brought this bottle (reviewed here), as it’s one of few Mosto Verdes available in the U.S. Mosto Verde is produced by halting wine fermentation before it’s complete: You get a low-alcohol wine (about 8%) with lots of sweet grape juice leftover. The result is, of course, a sweeter distillate with more acidity to it. It’s a very nice style in comparison to the musty, richer traditional versions, something with more crispness and “snap” to it. Great, but more of a before-dinner drink, due to the sweetness. (Porton, $TBD)

Chilean – Another that I brought. Generally considered lesser Pisco by those in the know, Chile also claims to be the originator of the spirit, though few today go along with this assertion. This Pisco features caramel notes due to barrel aging, is smoother thanks to a second distillation process, and has had water added to level out the proof. Duggan said he tasted glycerin, feeling it was “doctored.” I find that reasonable. This is pleasant to drink, but it bears minimal resemblance to the real stuff from Peru. (Bauza, $19)

How do these work in cocktails? We finally tried Encanto and Porton in the exact same recipes (right down to the amount of ice), side by side, for both a classic Pisco Sour (below) and a Cuzco Mule (like a Moscow Mule, but with Pisco), and I was surprised. I had thought the sweeter Porton would make for a better cocktail, but in both cases it was overpowering, providing a huge amount of spice and too much astrigency, making it hard to drink more than a few sips. The milder Encanto made for a much more balanced cocktail in both cases. While sipping straight I might have preferred Porton, few people are drinking Pisco without extra ingredients… and I wouldn’t blame them. Encanto was the clear winner in both concoctions. Congrats to Duggan and crew for thinking this through and coming up with a recipe that works in a cocktail.