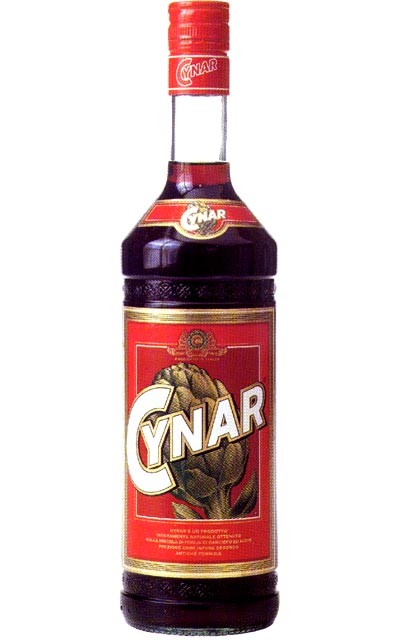 Most shoppers and bargoers don’t get past the label when checking out Cynar. Yes, that is an artichoke, and Cynar is indeed a liqueur flavored with, among other things, artichokes. (Most shoppers mispronounce the name, too, by the way: It’s (roughly) “chee-nar.”)

Launched in Italy in 1952 and bought by the Campari group in 1995 (here it is distributed by Heaven Hill), Cynar became a popular cocktailcrafting ingredient a few years ago but bartenders seem to have lost some of their passion for it as a host of other bitter digestifs have hit the scene. Yet some purists swear by it, both in mixed drinks and especially after dinner, on the rocks.

Why? Because Cynar has a flavor that is nothing if not unique. Don’t let the giant artichoke scare you. It is indeed vegetal, but not in a bad way. The nose is curious with cinnamon and tree bark character. The body offers a touch of sweetness on the tongue before quickly delving into a deep, dark void of bitterness. It is said that Cynar is one of the most bitter spirits sold today, and the lingering bitterness on the tongue and in the throat bear this out. Minutes later a sip of Cynar is still with you.

There are 13 flavoring ingredients in Cynar, but artichoke is impossible to peg specifically. Cinnamon, quinine, dark green vegetable (think V8), and root beer notes make this a complex liqueur that sounds wholly disgusting but in reality is, well, if not quite refreshing then at least a perfect palate cleanser.