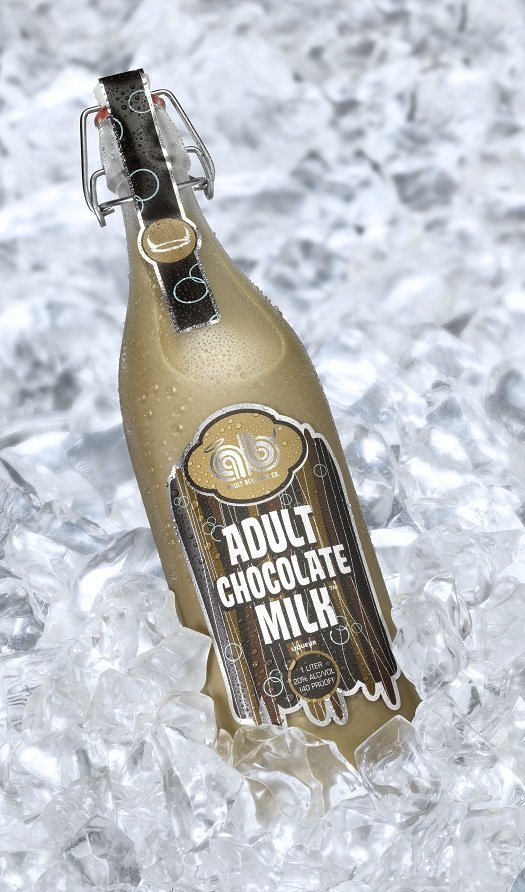 In its old-timey stoppered bottle featuring comforting, cartoony lettering, Adult Chocolate Milk is nothing if not enticing. The very name alone makes you want to guzzle the stuff. But then, well, you’d be sorry.

Essentially a variation on Baileys, Adult Chocolate Milk is not particularly chocolaty nor milky. At 40 proof it’s a touch more alcoholic than Baileys (34 proof), but the flavor is generally in the same ballpark: Vaguely chocolate, a touch of mint, some whiskey-like booziness. My sample was very small, so I didn’t get a chance to really delve into the stuff, but it was generally harmless until the finish, when a rough aftertaste grabs hold, lingering for minutes. The body is thin but the liqueur is mouth-coating and difficult to shake.

A cute idea for a “turning 21” gift — to suggest your victim is now barely a grown-up — but more upscale, dessert-minded drinkers will be better served by a more refined cream liqueur.