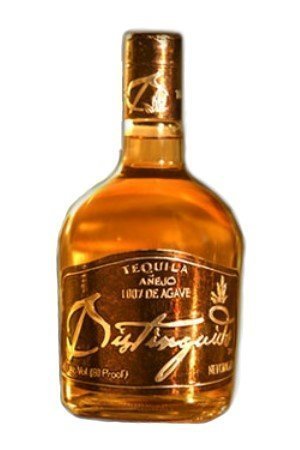 Tequila Distinguido (“distinguished”) is a relatively new tequila brand (stop me if you’ve heard that one before), now available largely in Texas and Illinois. As it rolls out further, we had the opportunity to sample the three traditional expressions. All are 100% agave, of course. All are 80 proof.

Distinguido Silver Tequila – One of the more lemon/lime-focused tequilas I’ve experienced. Needs time to open up in the glass, otherwise its citrus notes are overpowering. Given this time, Distinguido’s blanco proves sophisticated and intriguing, with caramel, chocolate, and lingering lemon/lime character in the body, all laced with a moderate amount of agave character. Blancos rarely have this much nuance in them, but Distinguido is impressively complex. A- / $45 [BUY IT NOW FROM DRIZLY]

Distinguido Reposado Tequila – Aged at least two months and up to six months in old Bourbon barrels. Very pale yellow color. Similar in character to the Silver, really, but with the caramel notes a bit more pronounced. Feels a bit hotter, really, and ultimately I think the blanco has a little more balance to it. Still quite good, though. B+ / $50 [BUY IT NOW FROM DRIZLY]

Distinguido Anejo Tequila – Aged from one to three years in old Bourbon barrels, but still surprisingly light in color. Again, the caramel notes are deeper, and here they provide more sweetness, dessert-like notes that are tinged with green agave character. Not terribly different from the Reposado, but slightly better and, if forced to choose between them, I’d go Anejo given the modest price increase. A- / $55 [BUY IT NOW FROM DRIZLY]