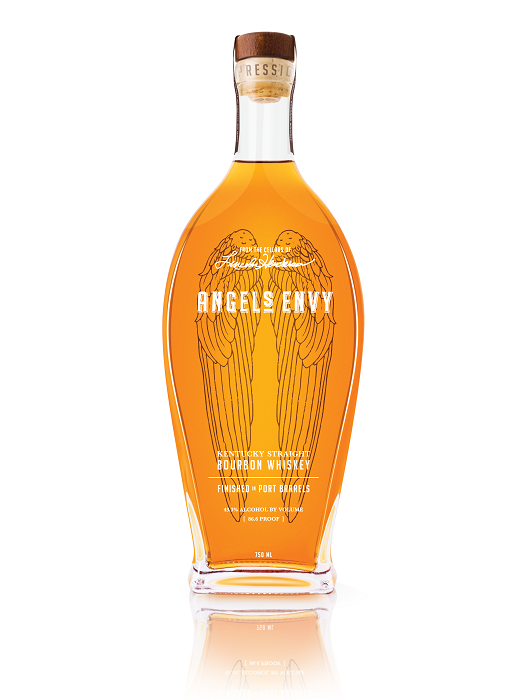 Angel’s Envy is, put simply, a new concept in Bourbon making. The brainchild of longtime distiller Lincoln Henderson, each year Angel’s Envy will be released with a new recipe and a new method of manufacture.

The inaugural batch — called Expression 10/10 — is already unorthodox. It’s aged in oak and finished in vintage and ruby Port barrels — a practice which I believe is technically “against the law” for a Kentucky Bourbon if one wants to still call it a “bourbon” on the label, which Angel’s Envy clearly does.

But never mind what they call it. This is good stuff. Complex and curious, there is traditional vanilla Bourbon character here, but also a lot of chocolate as the spirit develops, plus some coconut notes. It’s not overly woody, and aside from the chocolate notes that raisiny Port character is elusive — perhaps after sampling an endless number of sherried Scotch whiskys, one tends to gravitate toward those flavors. But in contrast, here the wine barrel finish offers a richer, deeper body that sherried whiskys usually don’t have, and one that appears to go smashingly well with Bourbon.

Call me a fan already, and good luck with the launch! (Angel’s Envy should arrive on shelves in January 2011.)