Another holiday season is upon us here at Drinkhacker HQ, and again we take the opportunity to look back at the best — and most gift-worthy — spirits the year had to offer. Don’t settle for giving your boss a bottle of Crown Royal again (not that we don’t like Crown Royal). Step lively and go long. Here are some gift-giving  ideas based on 2010’s brightest stars.

Bourbon – George T. Stagg Antique Collection 2010 Edition ($65) – Always a favorite with bourbon fanatics, the incredibly alcohol-heavy Stagg is as good this year as its ever been. If you can’t find it (which is likely), we also highly recommend the new releases of Knob Creek Single Barrel Reserve ($40), Old Forester Birthday Bourbon 2010 ($50), and Four Roses 2010 Single Barrel Bourbon ($75 or so). 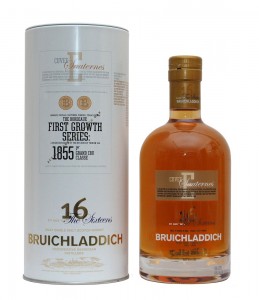 Scotch – Bruichladdich 16 Years Old First Growth Series: Cuvee E Chateau d’Yquem Sauternes Finish ($105) – Failing a windfall that lets you nab a bottle of the new Highland Park 1968 ($4,000), this whisky is one of the best crowd-pleasers we tried all year. For more of a splurge — and an even more impressive statement, the bargain-priced (for its age) Glenfarclas 40 Year Old ($400) is outstanding.

Gin – Berkshire Mountain Distillers Greylock Gin ($30) – More of a hard-sell, but now you can prove to your dad that Americans can make gin just as good as the Brits. The unique Citadelle ($35) is always a hit, too, and this year’s version is wonderful.

Vodka – Rokk – 13 bucks a bottle, and just as good as anything else out there… though maybe not for a gift for anyone over 25 years old. Instead, Vision ($25) may be somewhat more impressive. Hangar One Kaffir Lime ($35) isn’t new, but it’s one of the best flavored vodkas on the market and will be cherished.

Rum – Don Q Gran Anejo ($70) – Rebranded and bottled in upscale style, it looks like a fancier gift than it is. Pampero Aniversario Ron Anejo ($34), though not new on the market, is equally decadent and a bit of a bargain. Also check out Botran Reserva ($24) or Dos Maderas rums ($32-$43) if you can find them. 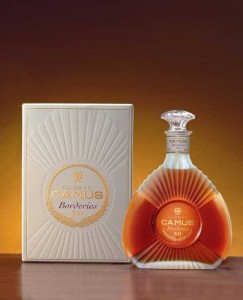 Brandy – Camus XO Borderies ($140)– A single-estate cognac that tastes far richer than its price would indicate. Brand new on the U.S. market, so your giftee will probably never have had it. Of course, if you can afford Emperor’s Giorgio G ($535)…

Liqueur – Voyant Chai Cream Liqueur ($22) – In a world of iced tea-flavored vodkas, how about something a little more exotic? An authentic tasting chai tea liqueur that inspires India… or at least an Indian restaurant. Also unique and gift-worthy: Solerno Blood Orange Liqueur ($35).