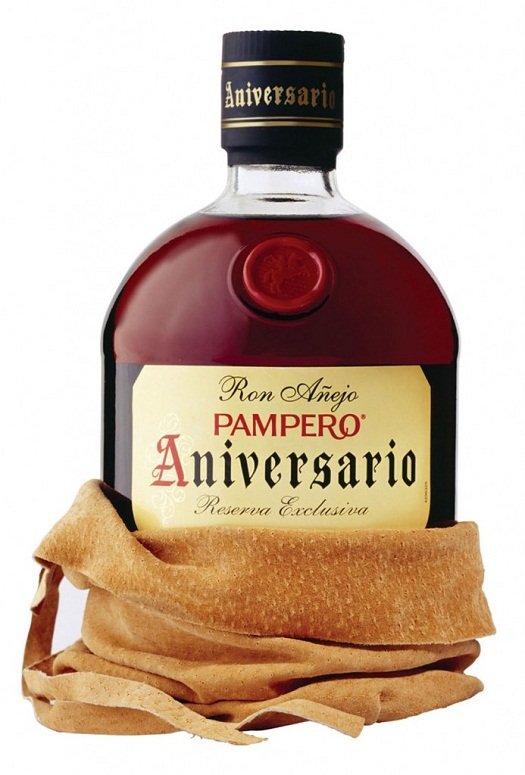 A pampero, I am told, is a “vicious squall” across the pampas in South America. I’m only saying that because it’s the only the second time on this blog that I’ve been able to legitimately use the word “pampas.”

Pampero Aniversario is a Venezuelan rum, and one of only a handful I’ve ever tried. And like its comrade Santa Teresa 1796, it is examplary.

Chocolate brown in color, the rum exudes nuttiness and dark, bittersweet chocolate on the nose. Fresh sugar coats the tongue as you taste, and Pampero takes you on a trip into desserts galore on the body — chocolate mousse, creme brulee, caramel pudding. The finish keeps going and going. Wood is there, but it’s sedate and stays in the background. The rum may look impossibly dark, but it actually spends only 4 to 6 years in old bourbon barrels. Really quite seductive and delicious, and at a price that’s more than fair for the quality you get.

It also comes in a hard-to-miss leather satchel (it’s not a purse!), which makes it an unmistakable gift.