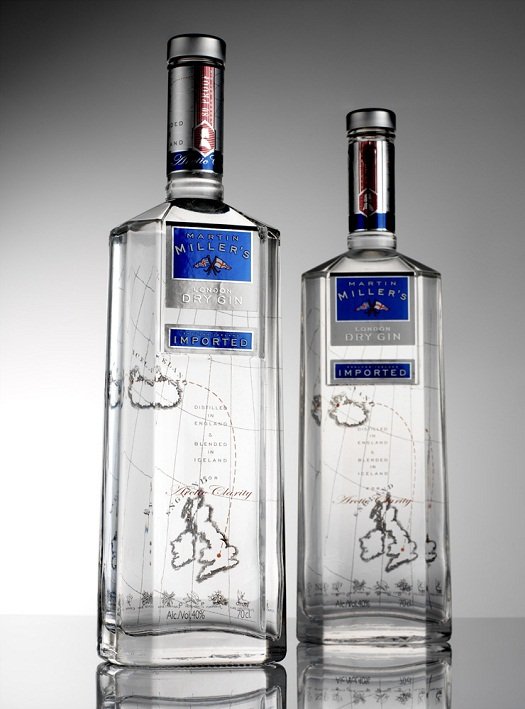 One can hardly talk about Martin Miller’s gin without talking about Martin Miller. Miller is a self-described “gypsy” who often compares himself to Richard Branson — presumably because of the flowing locks both of them share. Miller made his money in mail-order dating, an antiques guide book, and a bed and breakfast before turning to hotels in England and finally gin. Now 10 years old, Martin Miller’s gin is an upscale bar standard, though it is far from exorbitantly priced.

But enough about him, here he has his own vanity spirit, a single-batch copper pot gin, steeped overnight with juniper, coriander seed, angelica root, citrus peel, orris root — and some oddities — powdered licorice, nutmeg, cinnamon, and cassia bark. It is distilled in England, then shipped to Iceland where it is cut with water.

The results are on the powerful side for gin. The aroma hints at traditional, if muted, juniper notes, but the body packs more of a wallop: Quite a bite, with a distinct lemon finish (which is odd, since there is no lemon in it). All those herbal additions don’t do much to cut through it. Martin Miller’s is powerfully citrus on the whole — there’s even grapefruit here  — and maybe too much so. It’s not as wholly in balance as I’d like it to be, and the bite is a little tougher than it ought to be. It has some charms, but I think it requires just the right cocktail (and not a martini) to show off its biggest strengths.