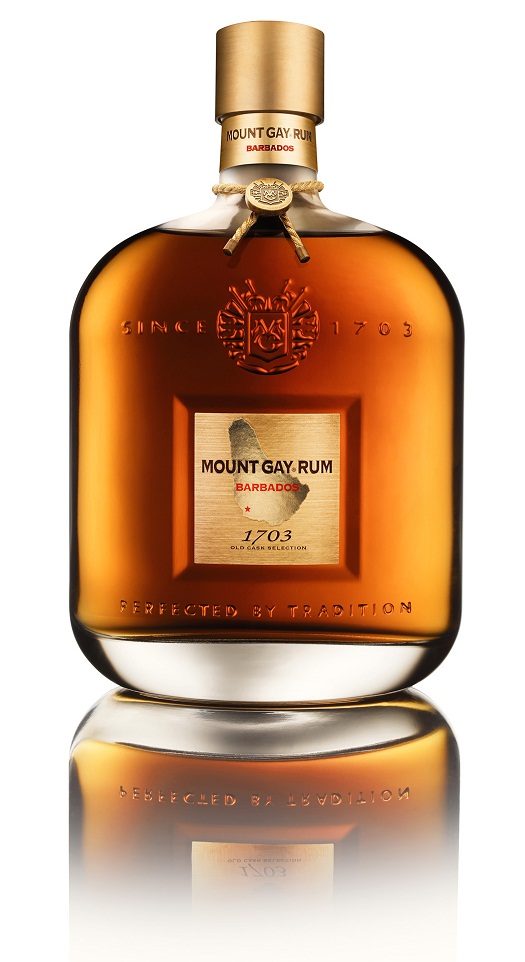 We’ve reviewed most of the Mount Gay lineup, but have finally gotten our mitts on the top of the line: Mount Gay 1703 Old Cask Selection.

This rum is produced in accordance with the Barbados distillery’s typical methods — aged molasses is distilled using two different techniques, then the rum is put into casks. 1703 is a selection of a variety of casks at a variety of ages, some up to 30 years old.

The result is a blended rum that exudes complexity. The nose is strong with wood and vanilla notes, so hefty you’d be excused if you thought this was good bourbon based on the aroma. But the first taste offers that telltale rum sweetness, a rush of sugar that is quickly tempered by so much wood that it feels like you’ve woken up in a lumberyard.

As things mellow out in the glass, 1703 reveals it to be less sugary than many fine old rums, and more balanced with those wood, candylike dessert, and green vegetable notes — characteristics which actually work pretty well rather than detracting from the overall effect. Without a doubt it’s one of the priciest commonly available rums on the market, and that makes it a tough sell vs. Mount Gay Extra Old at half the cost or less, but for something decadent and celebratory, this is a hit.