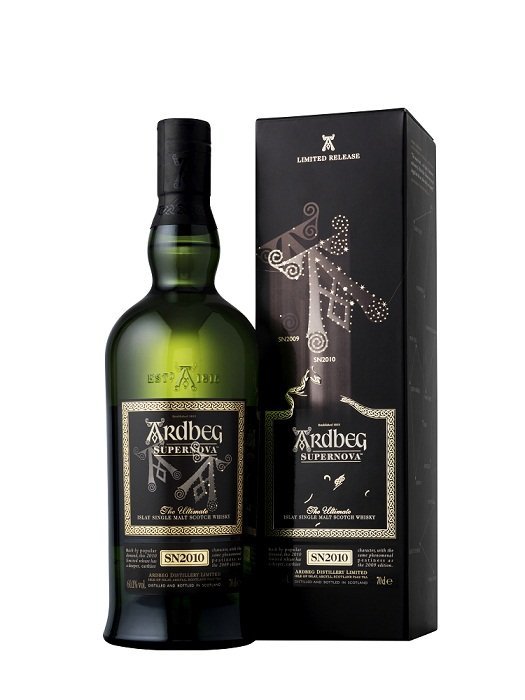 There are peaty Scotches, and there is Ardbeg Supernova.

Ardbeg’s standard malt is, to this writer’s knowledge, the peatiest Scotch in regular production. Supernova takes that and ramps it up even further.

Listen, they don’t exactly call it Supernova because it’s subtle. The original Supernova was released last year to massive acclaim, with a ridiculous phenol content of over 100 ppm. This year, Ardbeg has upped the ante further, with an even more phenolic — and higher proof — whisky.

Pale straw in color, Supernova 2010 (aka SN2010) certainly looks unassuming. How could something so light and airy be of consequence. But oh, this second release of Supernova makes itself known by the simple act of removing the cap from the bottle. It does not have an aroma of peat and phenol. It has the overwhelming essence of it to share with you.

Take a whiff. It is overpowering. And you haven’t even taken step two yet: Take a sip.

The attack is actually pleasant and a little sweet. You have hopefully cut SN2010 with water, though: At 120.2 proof it will scar your gums if you don’t. That sweetness lasts for a couple of seconds, then the peat floods your senses. The phenolic, seaweed, intensely wooyd notes envelop your nostrils, and the massive heat warms the mouth and body. It’s like drinking a coal fire that is being doused with honey to put it out — in vain.

Supernova is not a whisky that everyone is going to be able to handle. In fact, it’s downright complicated, difficult, and overwhelming. This actually makes it quite the mysterious visitor, someone you might be interested in spending the evening with… but whom you know you’re best off seeing only on occasion.

Good luck finding a bottle, by the way. 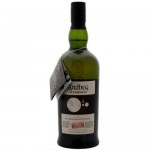