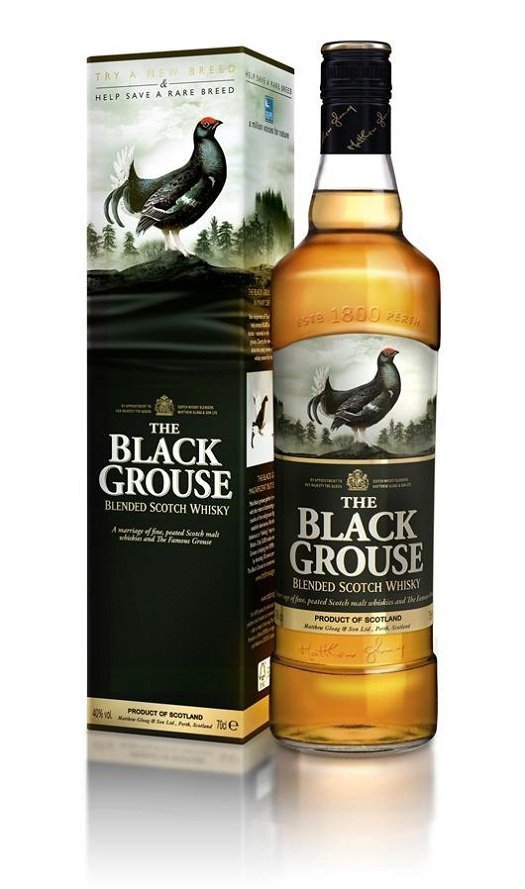 A move is afoot, and if you’ve been reading the whiskey pages here at Drinkhacker over the last few months, you’ve probably got a whiff of it: Wood.

Wood is in in a major way. More wood. Stronger wood. Stranger wood. Every whiskeymaker from California to Kyoto seems to be experimenting with extra or unique wood aging techniques.

It’s clear from simply looking through the bottle that this Grouse is, as the name implies, a darker spirit in color. And you’re just getting started. The nose indicates quite clearly that you’re getting into peat territory — none of the constituent whiskys in Famous Grouse are heavily peated, if they’re peated at all — its smokiness lingering in the nostrils as it plays on the tongue as well.

But Black Grouse offers more than just a simple smoke bomb. Once you push past the peat — moderate, in the end — it’s extremely sweet, sugary with a  finish that reminds one of the vanilla-laced kick of a moderately old Bourbon. There’s no escaping that smoke and woodiness in the end, but Black Grouse is really quite balanced in a way that so many ultra-peated single malts miss out on. I would still probably rather drink a nice Highland Park or Macallan on any given weeknight, but when something heartier and meatier — yet cheap — is called for, this will do the trick.