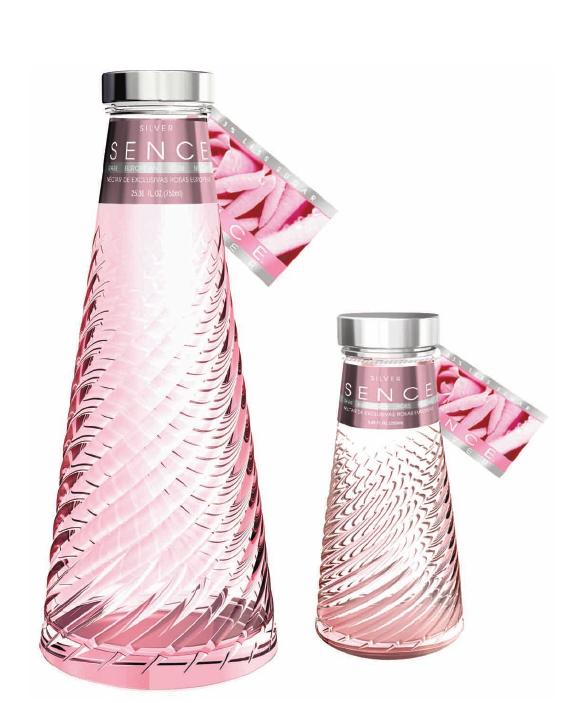 I’ll admit: This stuff has been sitting on my kitchen counter for nearly nine months. Why? Because I’m a little scared of drinking flowers: 48 rose petals go into each 250ml bottle of Sence Rose Nectar, so Happy Valentine’s Day to you, too.

But finally I’m doing it.

Wasn’t so scary, really. Sence is exactly what it claims to be: A sweetened, rose-scented concoction that can be used as a mixer or consumed as is, preferably through a pink straw. The recipe is claimed to be hundreds of years old. Could be.

One whiff and you’ll know this is a flower-based juice. The aroma is “old lady perfume” all the way, baby powder and rose petals nonstop. Of course, petals alone would not be drinkable, so Sence wisely adds copious amounts of sugar — 30 grams of it — to give the nectar some sweetness. The flavor is considerably less flowery, and it has more of a flat juice character to it, with minimal aftertaste except for some lingering rose petals in the nostrils.

Whether you like this stuff is going to be strictly a matter of taste. I’ve had some not-bad cocktails made with it (try gin), but my advice is to use it sparingly.

120 calories per bottle. Refrigerate after opening. Note: A version with only 20 grams of sugar (and 2/3 the calories) also exists.