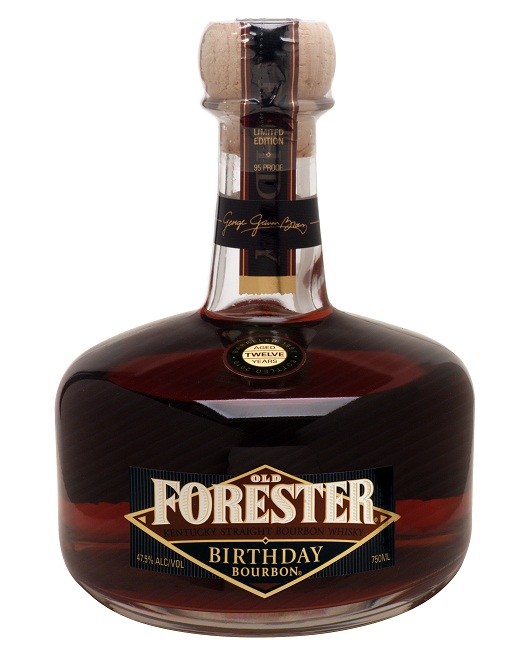 The old bourbon masters at Old Forester never get tired of celebrating their birthday, and each year for the last eight years they’ve release a “Birthday Bourbon” in honor of the September 2 birth of George Brown (the namesake of Brown-Forman).

This edition of Old Forester Birthday Bourbon went into barrels in October 1997, making it just shy of 13 years old. As a budding pre-teen, this whisky is bold and brash, with an intensely woody nose. You needn’t look far to get that on the tongue, either — 12 years is a lifetime for a Kentucky whiskey — and the wood is overwhelming on the palate too.

But something funny happens during the finish. The wood melts away and leaves behind caramel, toffee, marshmallow, and some melted chocolate notes. The whiskey gets decidedly complex with some honey in there. It doesn’t taste nearly as hot as its 95 proof bottle strength would indicate. I found last year’s Birthday Bourbon to be a bit of an unwieldy smoke bomb. This year Old Forester has something to truly celebrate.