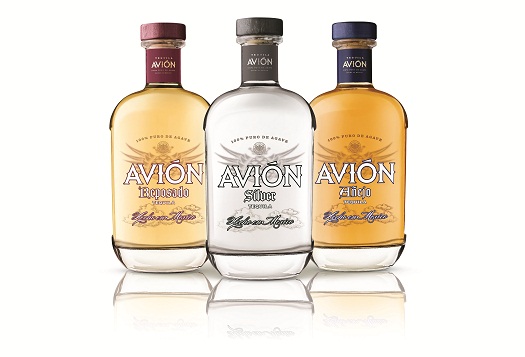 This new brand hails from New York, where a former Seagram exec decided to strike out on his own in the brave new world of tequila. As the story goes, founder Ken Austin scoured Jalisco for the best spirit that hadn’t made it to the U.S., and found it on the highest agave plantation in the area, where the agave was being slow-roasted at low temperatures in order to keep a mellow, sweet character in the resulting spirit.

The result is Avion, bottled from this mysterious source (and even ready in reposado and anejo versions) and ready for sale in the U.S.

I tasted all three varieties during an Avion visit to San Francisco recently and have sampled the Silver on its own later — only reconfirming my thoughts about this solid, top-shelf product.

Tequila Avion Silver (2010) – Sweeter than the blanco you’re probably used to, with a buttery body and fruity notes of pineapple and lemon. Herbs and some agave kick in for the finish, which is smooth and without almost any bite at all. Gorgeous. A / $45 [BUY IT NOW FROM CASKERS]

Tequila Avion Reposado (2010) – Aged 6 months, quite long for a reposado, which gives it impressive caramel and vanilla notes, which play well with the agave in the body. It’s surprisingly light in color for a spirit with a flavor this rich, while also disarming in its complexity. A / $50 [BUY IT NOW FROM CASKERS]

Tequila Avion Anejo (2010) – A masterpiece. Aged two years, giving it huge vanilla and cinnamon character, with notes of nougat, chocolate, and fresh cookies. Maple syrup lines the finish, but all the way it is nothing but smoothness. A beautiful, old tequila that can stand up to the big boys’ anejos — and extra anejos. Also an absurd bargain considering the quality. A+ / $55 [BUY IT NOW FROM CASKERS]