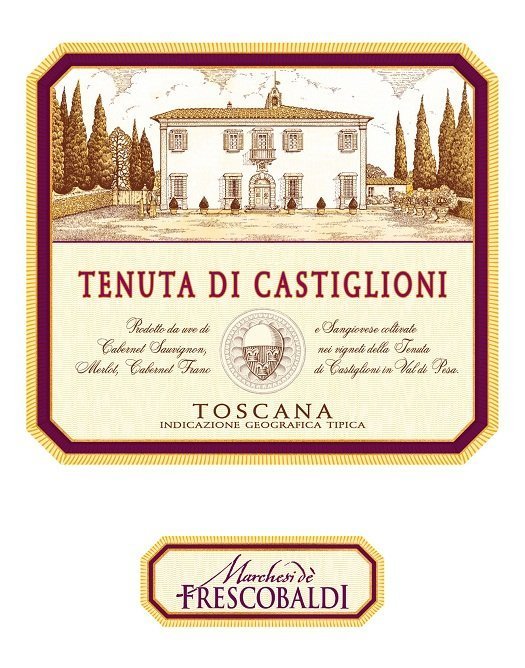 This is something you don’t often see in Italian wine: A rich and supple wine that’s fruit forward, full not with over-ripe fruit but with a deep and nuanced melange of fresh berries and dried citrus — or perhaps fresh citrus and dried berries, I’m not entirely sure.

Marchesi de’Frescobaldi’s Tenuta di Castiglioni, from Chianti in central Tuscany, is a rare wine that works as well with food as it does on its own, rich with plums and berries, and laced with black pepper and a touch of cinnamon. The blend is unusual: Cabernet Sauvignon (50%), Merlot (30%), Sangiovese (10%), and Cabernet Franc (10%). The result: Outstanding for a wine that retails at a mere 25 bucks.