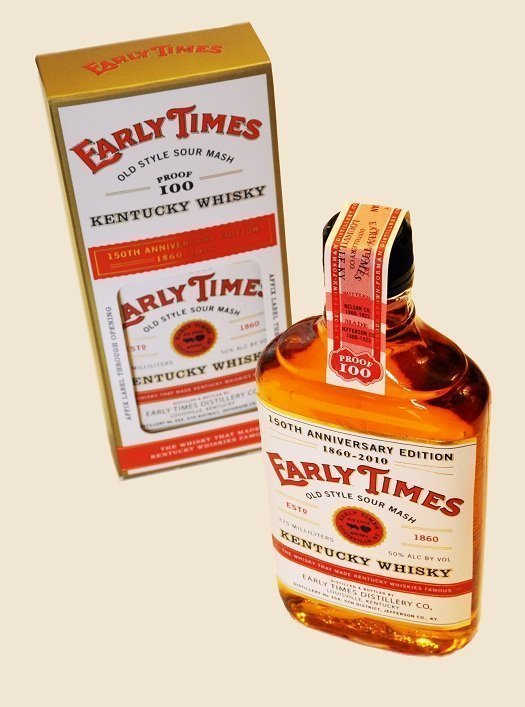 “The whisky that made Kentucky whiskies famous” is now 150 years old, and to celebrate, the folks at Early Times are putting out a special edition bottling of their canonical (update: not quite a) bourbon.

Don’t get too excited. Early Times is not exactly a top shelf whiskey, and this special edition marks only a modest upgrade, specifically one which gets 5 to 6 years of aging vs. the mere 3 that standard Early Times gets.

The result is still an awfully hot bourbon, 100 proof and even more fiery than that would imply. There’s some character here, to be sure: Vanilla from the wood, overwhelming spiciness, and a distinct mashed corn impression. The body is thick, burly, and racy, a frontier style whiskey that makes no bones about its brash, in-your-face character. (Remember: Early Times was originally sold as medicine.)

Take it or leave it.