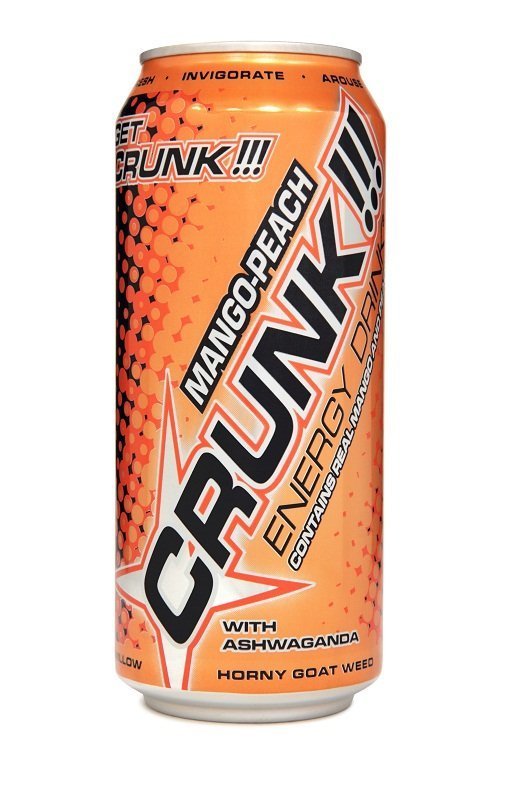 We have Drank, why not have Crunk!!! too?

While the folks behind Crunk!!! don’t make any medical claims, the ingredients in each can promise to aid memory, well-being, virility, calmness, aches, pain, and more. Not exactly anything we’d consider “crunk-like,” but no matter… it’s just a name, right? 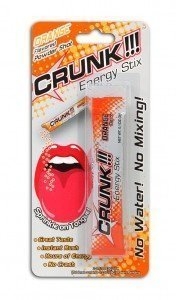 Available in five flavors, each 16 oz. can is lightly carbonated and has 240 calories and 96mg of caffeine. (There’s also Energy Stix… more on that later.)

Crunk!!! Original is flavored with pomegranate but has a distinct overly sweetened and cloying cough syrup character to it. Perhaps it’s just what the average Crunk!!! fan desires? Not terribly enticing. D+

Crunk!!! Grape-Acai is better but quite sour, and fans of grape-flavored drink will likely find it not sweet enough for regular consumption. Tolerable, though. C+ [BUY IT NOW FROM AMAZON]

Crunk!!! Mango-Peach is a fairly winning combination of flavors. The taste is light and reasonably fruity. I could see finishing this whole can if I had to. B

Crunk!!! Citrus is the lemon-lime version, but it’s closer to Mountain Dew than 7-Up. Powerful bitterness on the finish; the fruit juice in this one just can’t overpower the herbs and additives. C

Crunk!!! Low Carb Sugar Free is the diet version of Crunk!!! Original, with just 10 calories instead of 240. Sadly, it smells altogether awful (think a football field after a long rainstorm) and tastes only marginally better. D-

Crunk!!! Energy Stix is another beast altogether. These Pixie Stix-like packs are designed to be ripped open and dropped right on your tongue. I tried one (10 calories) and found it to be only mildly unpleasant, though the powder is easy to inhale and can give you a bit of a headache. C+ / $3 for pack of two sticks

As for the “rush,” I’d say all forms of Crunk!!! have a pretty standard caffeine hit, and contrary to the company’s claims there is a crash some hours later. 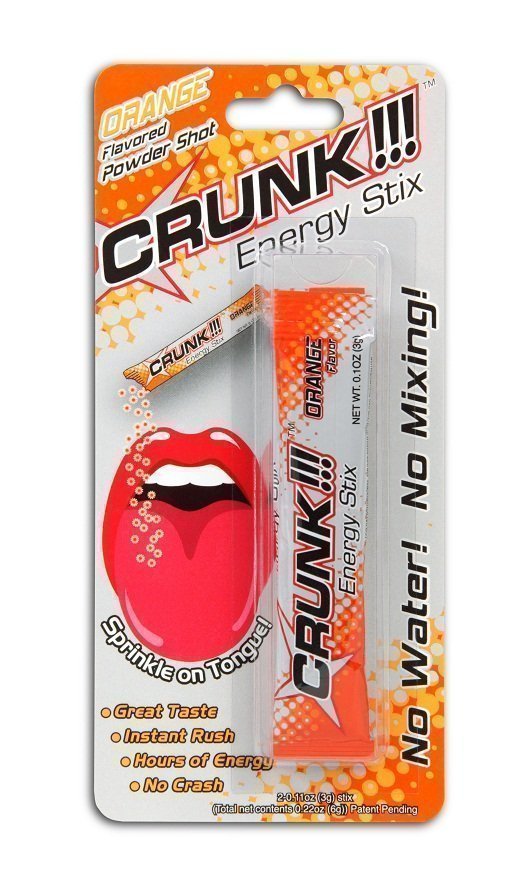