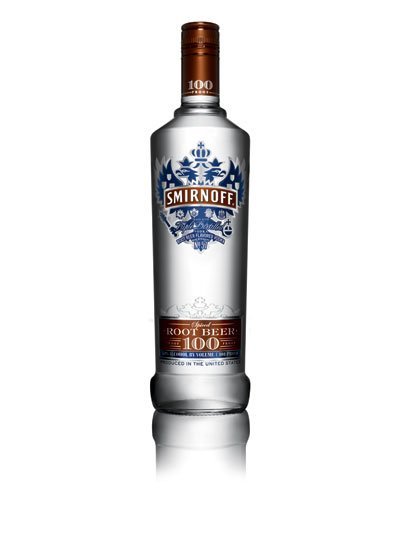 A new flavored vodka is not normally cause for celebration or alarm, but kudos to Smirnoff for doing something a bit different. These flavors may have been done before but the alcohol level has not. With its new espresso and root beer renditions, Smirnoff is releasing overproof flavored vodkas that hit a full 100 proof.

But… is there more here than just extra booze in the bottle? Let’s investigate.

Both are clear spirits and, obviously, 100 proof.

Smirnoff Dark Roasted Espresso Vodka may be a bit overdone with the name (“dark roasted,” really?), but the flavor is full-on coffee. I wouldn’t go anywhere near bitter, dark espresso — this is a sweetened and fairly light coffee infusion that will be familiar to anyone who’s had a coffee-flavored vodka or even a standard Kahlua before. The alcohol level is noticeable. This is a vodka with some burn, though it’s pleasant, not the kind of gasping-for-air finish that a lot of cheap, higher-proof spirits leave you with. Versus other coffee-flavored spirits, Smirnoff Dark Roasted Espresso doesn’t add much new to the equation, but if you’re dying for a little extra booze in your bottle, it’s a solid spirit. B+ / $17 [BUY IT NOW FROM DRIZLY]

Smirnoff Spiced Root Beer Vodka again has at least one word too many in its name, but again it’s an authentic root beer infusion that offers few surprises. The flavor is mild for something that goes out of its way to indicate “spice,” and the vodka is more obvious here than it is in the espresso spirit. Perhaps root beer essence just can’t measure up to 100 proof? Whatever the cause, the root beer that is there is perfectly pleasant, though hardly much of a challenge. B / $17 [BUY IT NOW FROM DRIZLY]