Tenuta dell’Ornellaia is a major and increasingly important name in super-Tuscan wines. With its neighbor Sassicaia right down the street, these two define the Bolgheri area of Italy and own completely the bragging rights as this region’s top wine producers.

Mere miles from the Mediterranean Sea, Ornellaia began its life in 1981 and now produces a handful of highly-prized cult-level bottlings. I had the good fortune to taste them both during a recent visit to the Italian icon, with head winemaker Axel Heinz offering a private tour of the facility and a guided tasting of the winery’s best wines.

Ornellaia grows a variety of grape varietals on its own vineyards (which are gorgeous, by the way, see the photos below), and the grapes from each vineyard are vinified and aged separately rather than in blends. It is only after they are aged in oak that the top barrels are selected and turned into Ornellaia or Masseto, with the second-tier juice used for the producer’s second label wines.

Heinz, who has been making wine at Ornellaia since 2005, walked me through three of the winery’s latest releases. Some thoughts on each:

2008 Le Serre Nuove dell’Ornellaia – This is Ornellaia’s second wine, a blend of roughly 55% Merlot, 30% Cabernet Sauvignon, and small proportions of Cabernet Franc and Petit Verdot. It feels young and spry, with a distinct menthol character that runs along a rich tannic backbone. The body is populated with herbs, typical of wines from this area, with rosemary a distinct part of the mix. Yet it’s a tough wine today, a bit rustic and clearly a little brother to the main event. B+ / $60

2007 Ornellaia – The showstopper namesake of the winery uses a similar varietal blend as Le Serre Nuove and has a lot of the same DNA, but it offers more intensity, complexity, and balance than Le Serre Nuove does. Given some time to open up in the glass, the wine starts to show chocolate-inflected notes, which work well with the mint and herb characters that can also be found in Le Serre. This is a wine that would certainly benefit from time in bottle — it’s new on the market and could stand to settle down a bit, but even drinking it today it has charm to spare. A / $160

2007 Masseto – Masseto is completely unique in that it is 100% Merlot, all farmed from one hill on Ornellaia’s property. And yet it still has a family resemblance to the other two wines tasted, more of a grand uncle than a brother, really. With less of Ornellaia’s characteristic mintiness, this is a simpler wine and a pure expression of the Merlot great, restrained but rich and velvety, intense with ripeness and fruit. It’s one of those wines that is easy to drink (though the 2007 bottling has not yet been released) but difficult to fully describe, and by the end of the tasting my glass was nearly empty, while my notes were very sparse. Love it. A / $500 (and up) 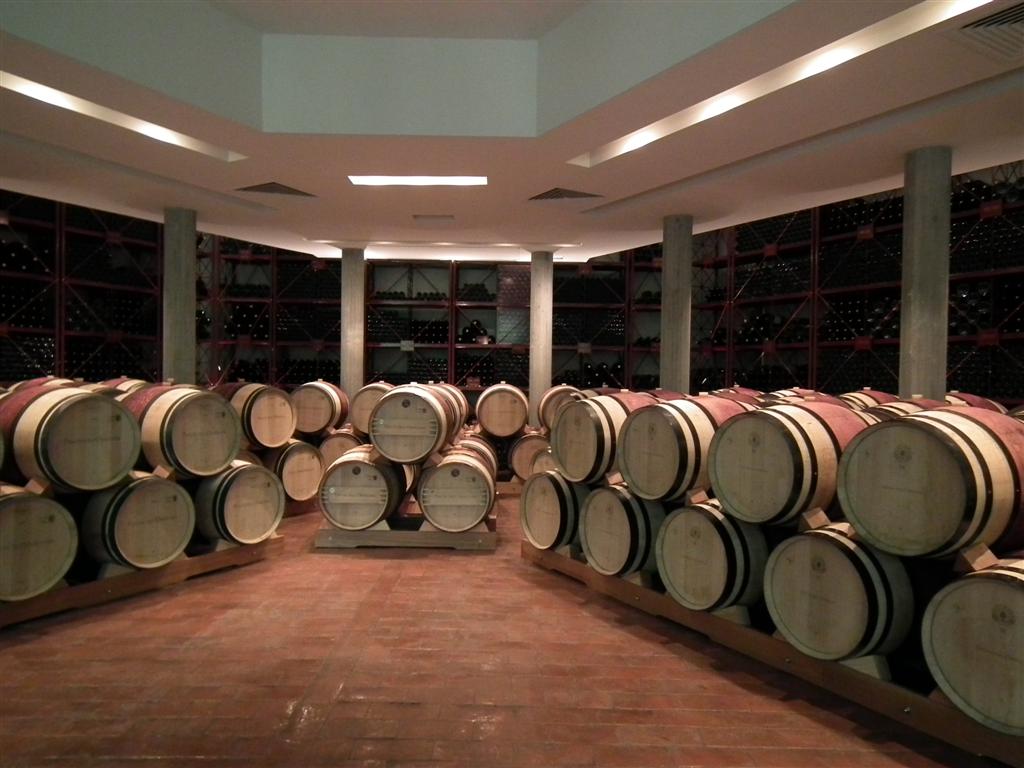 Tasting the Wines of Bolgheri, 2010 Releases

Visiting and Tasting With Hourglass Wines, 2016