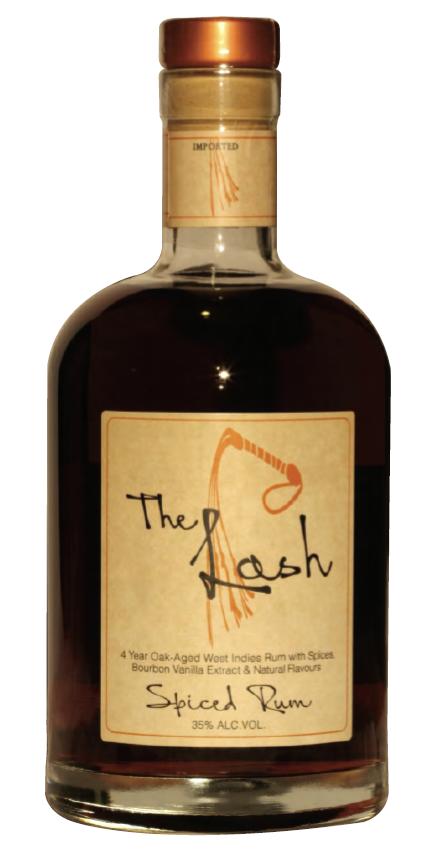 For some reason, Drinkhacker readers adore spiced rum. They drink it, they comment, they debate it. They love this stuff.

And yet there aren’t that many spiced rums on the market, so when a new one arrives, they pounce on the stuff like phony handbag salesmen on tourists.

The Lash is a rum with a loaded history for its name (I’ll leave that reading as an exercise for the reader). It hails from the West Indies, where it spends four years in oak and is then aged with spices (some may actually settle in the bottle), bourbon vanilla extract, and other flavors.

The result is an intensely brown and very spicy rum. I put it side by side vs. all the spiced rums I had on hand — Captain Morgan, Sailor Jerry, and current fave The Kraken — and it handily out-spiced them all, with intense cinnamon, nutmeg, and big vanilla character. What’s comparably lacking, though, is the rum component. At just 70 proof, The Lash is considerably weaker than most spiced rums, many of which creep toward 100 proof. The Lash instead plays it safe, falling in line with the flavored rum world, a curious choice for a spirit with a picture of a whip on the bottle.

Overall, however, it’s got an excellent character to it, with an intense flavor that many spiced rums have lacking. Kraken is sweeter and more instantly engaging, but if the lack of alcohol in The Lash doesn’t turn you off, this is a solid endeavor.