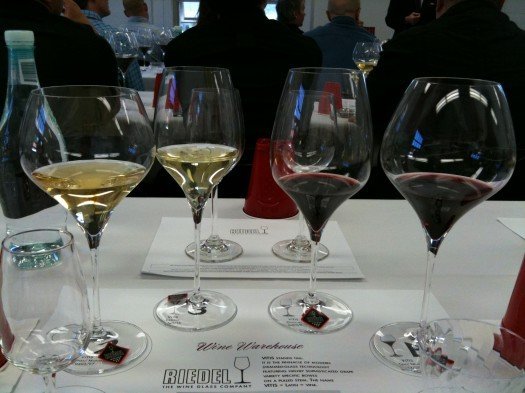 As an 11th generation descendant of the Riedel crystal empire, it’s safe to say that Maximilian has glass in his blood. Today, Riedel is synonymous with quality glassware, its empire unmatched by its competition in either size or stature.

Recently I had the opportunity to attend a seminar hosted by Max, who had the goal of proving to his audience that quality glassware really does make a difference when it comes to the enjoyment of wine.

I’ve been a bit of a skeptic for years, figuring that if you had a decent glass you were probably going to get everything a wine could give you. Paper cup, no. Big glass? Anything will likely do for any wine.

Riedel sees it differently, and the Austrian company produces dozens of glasses for every type of wine you might want to drink. The idea is that the shape of the glass can affect its nose, and the shape of the bowl can impact where the wine lands on your palate when you drink it.

It all sounds a little silly, but Riedel is nothing if not convincing, and in a clearly well-rehearsed seminar (mainly directed at restaurant owners which Riedel would like to be customers), I was persuaded — at least to a degree.

We tasted a variety of wines, including 2007 Italian chardonnay, 1996 Spatlese Riesling, 2006 St. Estephe, and a vintage-unannounced Southern California Pinot Noir, all paired with the “right” glass from Riedel’s top-end Vitis line of stemware.

And then we tried the wines from stubby “joker” Ikea glasses — and even from a plastic cup.

The difference was striking. As Riedel suggested, the small glass muted the sweetness of the Riesling and killed the Chardonnay’s fruit on the nose and in the body. The plastic cup was even worse. With its flared-out rim, there was no aroma at all in these wines. The wines we were drinking, so present in the crystal stemware, could have been anything in the plastic cup. I’ve noticed this firsthand before in budget wine events (like those at retail stores). There’s almost no point to drinking wine this way; it just doesn’t taste any good.

I was less convinced by Riedel’s Vitis vs. Vitis challenge. Any differences in the taste and nose of, say, the Pinot Noir when served in the “proper” glass vs. the near-identical Chardonnay glass were elusive to a fault. I’d argue any minute residue of an earlier wine in one glass or another probably had a greater effect on the taste of the wine than an even measurable difference in the shape of the glass’s bowl.

The decanting experiment was also illustrative but not earth shattering. Riedel poured two wines for us into the same glasses, then “revealed” in the end that they were actually the same wine, one decanted and one not. Hardly a shock; the decanted wine was indeed fuller and less green, but they were obviously the same wine from the start. Nothing against decanting — I’m certainly a fan, when I have the time and patience — but it was not the slam-bang finale to an instructive experience that one might have hoped for.

So color me a convert to Riedel and, more importantly, high-quality glassware. Get rid of those freebies you get when you visit a winery and invest in something worth drinking for. And here’s another hint from the pros: You don’t have to hand-wash crystal either… even Riedel puts it in the dishwasher. 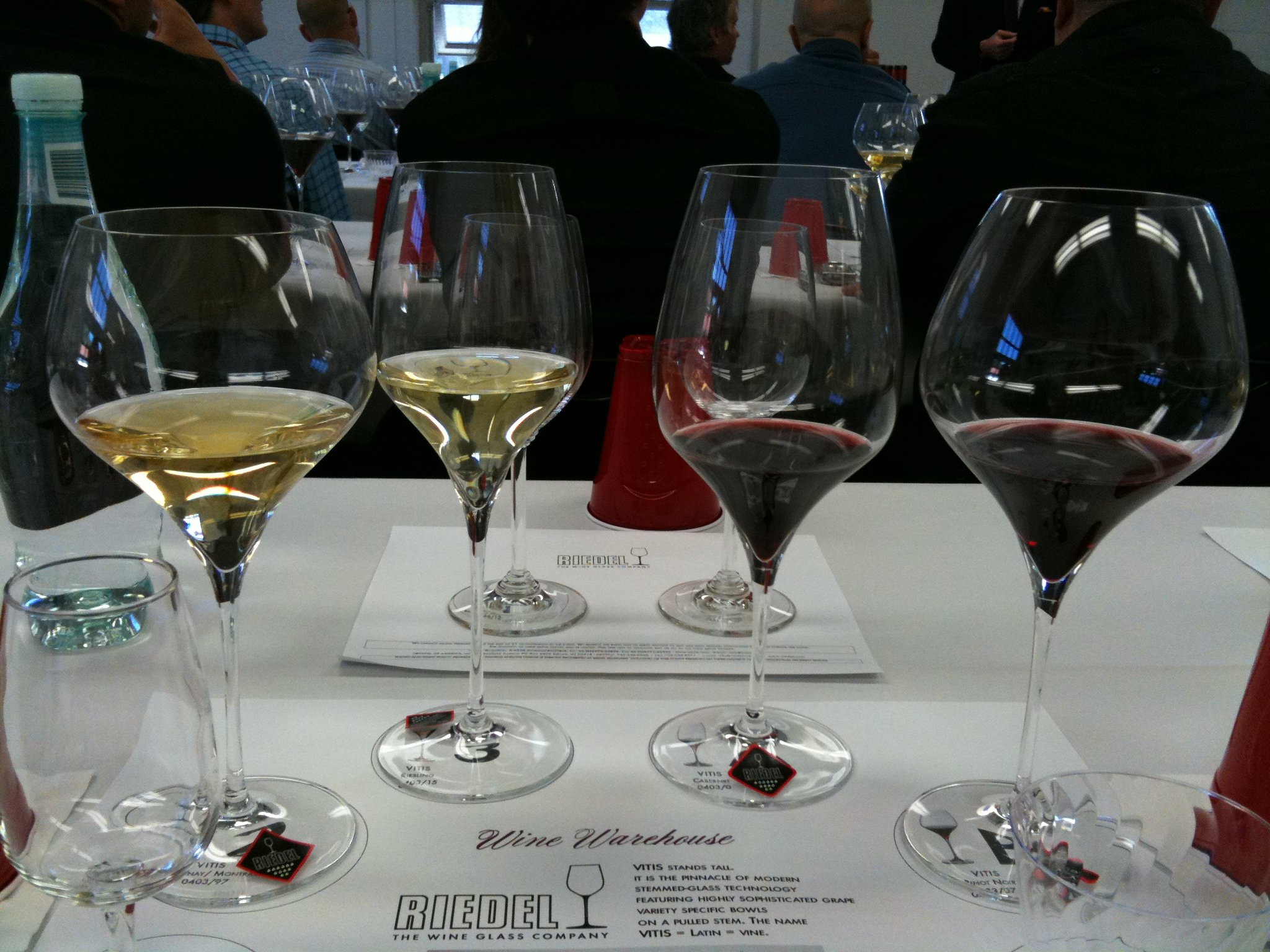 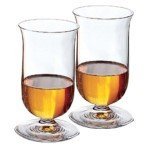