Have You Seen This Armenian Brandy? 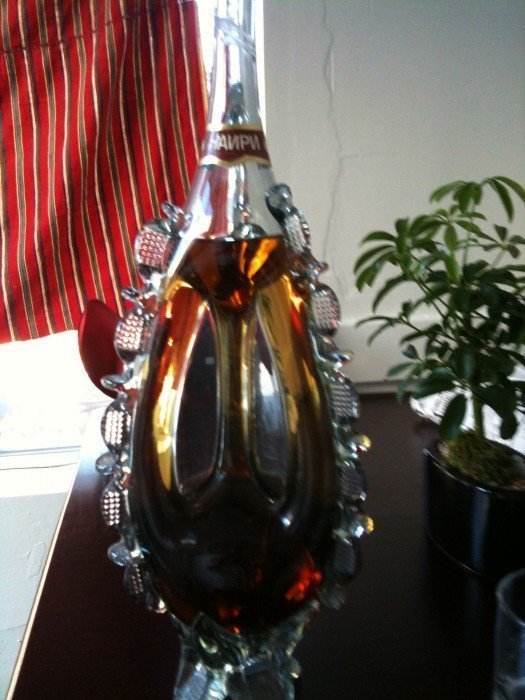 Like the Scooby-Doo gang, I love a good mystery.

And so, when I was presented with this bottle (see photo below) of purported “Armenian whiskey,” I had to sample it and give it a little ink.

The owner knows nothing of the bottle and asked if I did. The clues are limited: Only his statement that it was a gift, and the bearer said it was whiskey from Armenia, the Cyrillic word “HANPN” (it’s with backwards Ns — my web software can’t render that — check out the photos below) and the number “20” on the label. And of course, there’s that bottle, an elaborate hookah-like design that you don’t see much of in the States.

Trying the spirit, it didn’t taste like any whiskey I’d ever had. A blend of something if I had to guess, with a lot of citrus but with a bit of bitterness on the finish and a grain-like character that I was guessing indicated corn. Many partygoers thought it was very alcoholic, but I figured it was just 80 proof.

It’s amazing how expectations can influence your thinking, and it wasn’t until I started researching the spirits of Armenia that I realized this was not whiskey, but brandy. The latter of which they make quite a bit in Armenia, and lots of it goes into decorative, elaborate bottles like this.

But what is it? I’d figured 20 meant 20 years old, appropriate for a mid-range brandy but really old for third-world whiskey.

Days passed, and finally, of course, Google helped me out once I dug in, but only once I searched for the original Cyrillic term. HANPN means “Nairi” in Russian, and it’s an ancient name for a region in Armenia. Lots of brandy (they call it cognac) comes from this area, and much of it is just called Nairi. There’s no telling who produced this Nairi, but everything I’ve seen indicates it is indeed 20 years old and probably 82 proof. It’s possible one company (maybe these guys) makes all the brandy in the area and just packages it under different names and brands… who knows? I can’t find this exact bottle anywhere, but have found Armenian brandy in horse and machine gun decanters. A typical bottle will run you about $60 and yes, you can find it in the U.S.

And that’s really the fun, isn’t it? Unless I hear otherwise from the peanut gallery out there, I’m considering this mystery wrapped up. 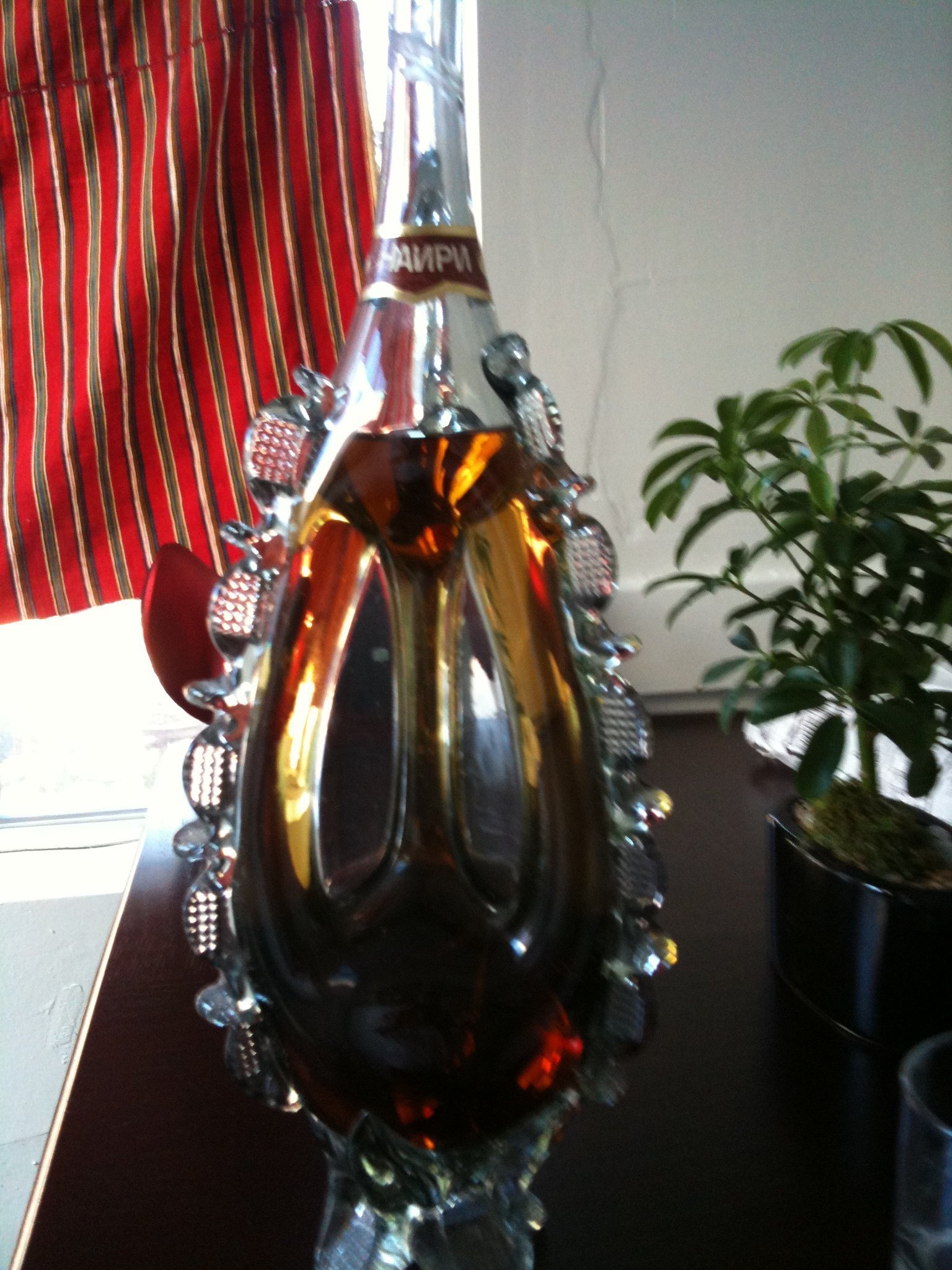 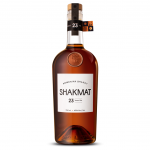