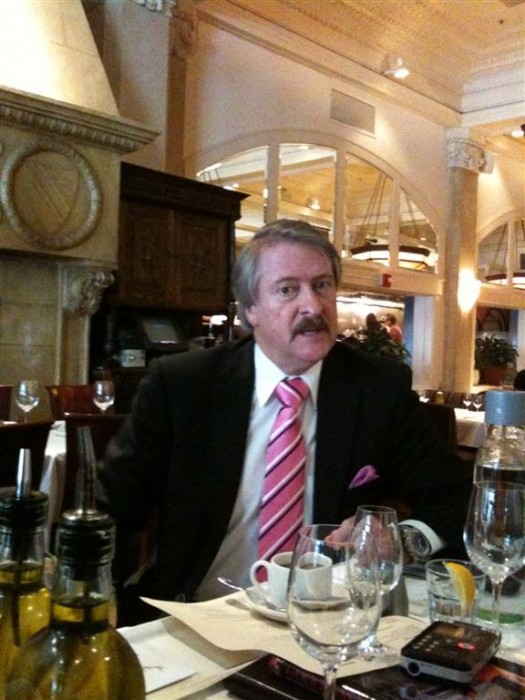 After spending some time with Tom Bulleit yesterday, I moved on to lunch with another whiskey world celebrity, Richard Paterson of Whyte & Mackay, which produces The Dalmore line of single malt Scotch whiskys, among other spirits.

Paterson is serious about his passion and is renowned for his olfactory skills: At one point, the author of the book Goodness Nose had his nose insured for 7 million British pounds.

Paterson walked myself and a few other writers through The Dalmore’s current lineup (sans the 40- and 50-year-old expressions, but plus a couple of surprises), offering insight into this Highland malt, which was established in 1839.

Favorite highlight: Paterson’s suggested method for drinking Scotch. In his words: Drink a sip of coffee, take a bite of chocolate, then nose and taste your Scotch. Preferably enjoy all of this with a good cigar. Decadent? You be the judge.

The Dalmore 12 Years Old – This is a great entry to the house style of Dalmore, which focuses on an often huge, orange citrus character as the backbone of the spirit. Most of its whiskys are finished in sherry barrels — this one for about three years — and sherry is another common theme with the brand. With virtually no peat (and what peat is used is of a different type, which produces very little smokiness), this is a wonderfully light and fruity malt, perfect for everyday drinking and at a great price, too. 80 proof. A- / $40 [BUY IT NOW FROM CASKERS]

The Dalmore Gran Reserva – Formerly “Dalmore Cigar Malt,” this expression has been rebranded for a population which may not in fact smoke. Paterson doesn’t like the change, but the spirit inside is the same, a larger, oakier style that spends between 10 and 14 years in barrels, with more time in sherry butts. Take the 12 year and drop more wood character into it, giving it a bit of smoke, and some vanilla and cocoa, and you’ve got Gran Reserva. I slightly prefer it to the 12. 80 proof. A- / $60

The Dalmore 15 Years Old – Uses casks that contained three different styles of sherry to finish the spirit, giving it an overpowering sherry and intense orange oil character. Touches of medicinal notes here. Lovely but more of a malt to pair with a dessert, I think. B+ / $75 [BUY IT NOW FROM CASKERS]

The Dalmore Mackenzie – Just launched this week in the U.S., this 14-year-old Scotch spends a whopping 7 years in old Port barrels, giving it an intense plum and cherry character that is simply gorgeous. Paterson didn’t have much to share but I loved what I tasted and am dying for more. 92 proof. 3,000 bottles released. A / $TBD

The Dalmore King Alexander III – A 20 year malt that is finished in six different types of barrels: Port, Madeira, Marsala, Cabernet Sauvignon, Bourbon, and Sherry. Unimaginably complex, it’s got loads of wine-like characteristics (surprisingly that cabernet character is prominent), plus chocolate notes. Yet that citrus house style still comes through. Slightly tough finish, though, which is a surprise for a spirit this old. 80 proof. B+ / $225 [BUY IT NOW FROM CASKERS]

The Dalmore Selene 1951 – OK, there’s a story here. Selene is a 58-year-old Scotch and, as you can imagine, very very rare. In fact, Dalmore made 30 bottles of it, that’s it. Paterson started talking about it reverentially and I, being an ass, held out my glass for a sample, mostly as a joke. Much to my surprise, Paterson dipped into his bag of tricks and produced a tiny vial of whisky: Selene 1951. I was shocked further when he poured half of that vial into my glass. I passed it around the table so everyone could inhale its vapors, but the taste was all mine — alas, it was so little that the moment was fleeting, to say the least. Still, the intense incense, marmalade, and leather character came through (especially on the nose), all braced with a hefty orange backbone. Many thanks to Richard for sharing such a rarity with me — certainly the rarest and most expensive liquid I’ve ever touched to my lips. 88 proof. A / $15,000 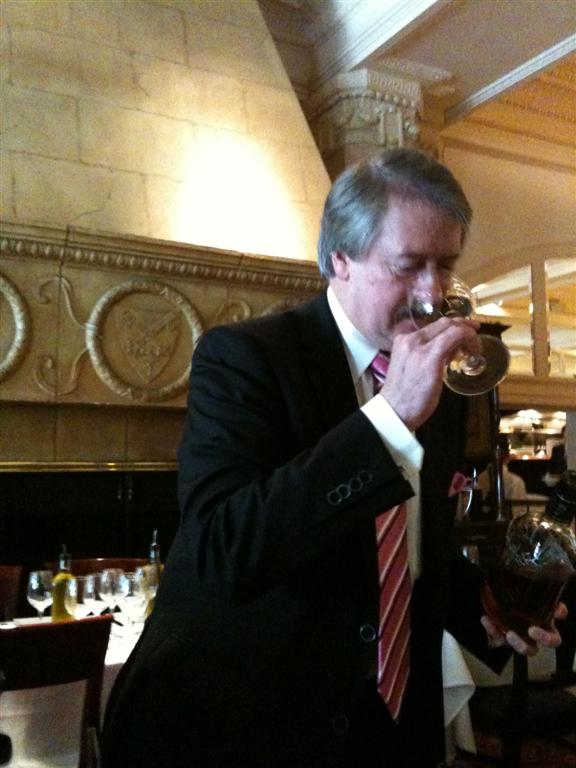