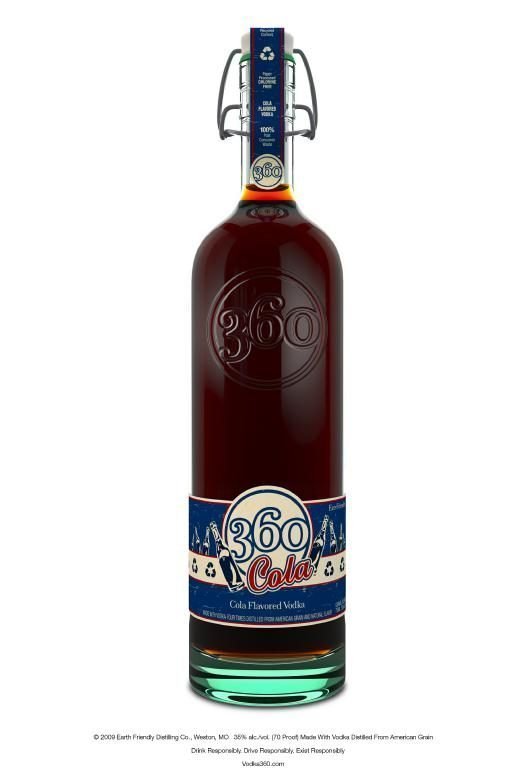 It’s flavored vodka night here at Drinkhacker, as we continue with a lesser-known brand: 360, an eco-obsessed brand that donates money from each bottle sold to enviro causes and includes an envelope to let drinkers recycle the bottle closures.

Two years after our original review, 360 is launching two flavored vodkas (which is what vodka companies do, y’all): double chocolate and an unusual oddity: cola.

Both are 70 proof and naturally flavored.

360 Cola Flavored Vodka is brown like Coke (caramel color is added), with a distinct cola smell. The taste is oddly more in the vein of the sweet tea vodkas — distinctly sugary, and with some peach and apple character. In the end it has a cola kick, with cinnamon taking you to a slightly bitter finish. Try it on the rocks with water or with lemonade. Or, yeah, with Coke. B+

360 Double Chocolate Flavored Vodka — I’m not sure what makes it “double” chocolate, except that 360 claims it is infused with a “double dose of rich and creamy chocolate flavor.” How many doses can a vodka take, I mean? Not sure if this is “more” chocolaty than other chocolate vodkas I’ve tried, but it’s very sweet, has a pleasant vanilla character to it, and — unlike many chocolate vodkas — is clear, which gives it added versatility to cocktail recipes which you don’t want to turn brown. Hate to sound like a broken record tonight, but: B+ [BUY IT NOW FROM CASKERS] 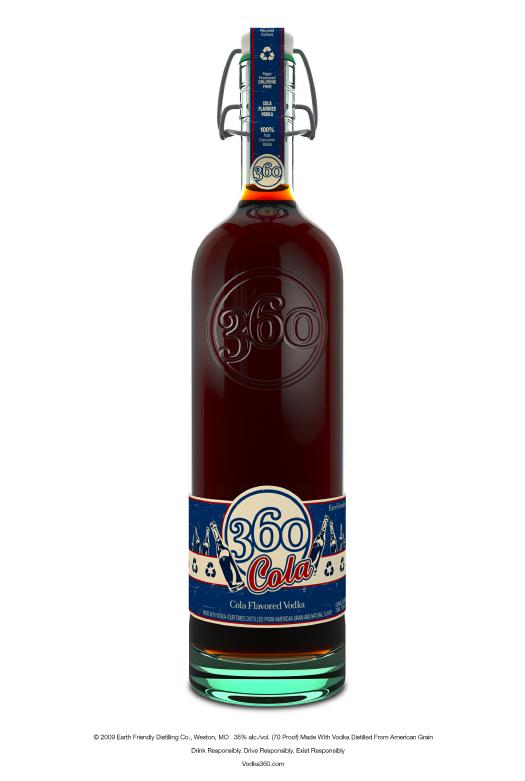