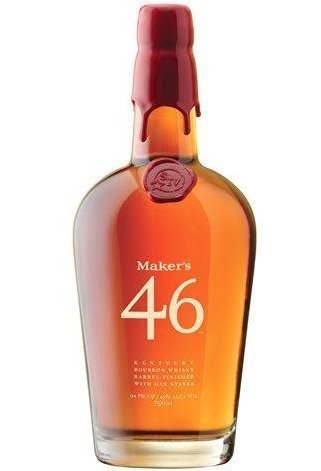 When people drink bourbon (and they’re not drinking Jack Daniel’s), they turn to Maker’s Mark in droves. Millions of bottles of Maker’s are sold each year, each with the familiar red wax seal.

Now Maker’s is finally realizing that there might be something to the idea of additional expressions of its whiskey, and soon it looks like we’ll have another Maker’s Mark on liquor store shelves everywhere.

I got a sample of this new whiskey to get a sense of what’s to come. The idea? Take standard Maker’s Mark and finish the aging barrels with additional charred oak staves placed inside the barrel to imbue even more smoke and wood flavor into the spirit after the standard aging is complete.

The result? A bourbon that shares Maker’s DNA but has distinctly more woodiness, which gives it some bracing cinnamon character and a bit of chewy cereal character as a side effect. It’s not as sweet as Maker’s, which is legendarily heavy on sugary and vanilla notes, instead offering some notes of citrus peel, cloves, and ample barrel char. All told, it’s just a different spin on a classic — though it comes at a significant premium in price.

Maker’s 46 runs a little hotter, too: 94 proof vs. the standard version’s 90 proof. Ultimately I like just fine. It’s more of a sipping whiskey than the easy-to-mix red wax MM, maybe less outright fun to drink, but with a bit more to talk about after the glass is empty.