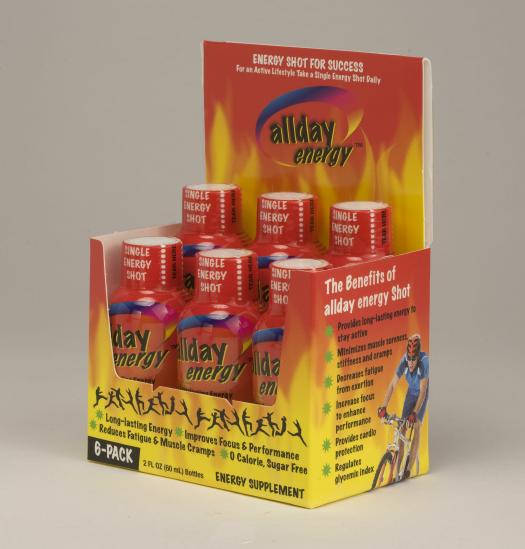 All day I’ve felt barely awake… so an “energy shot” was probably in order to feel awake enough to make it through the evening.

Allday Energy (their spelling) relies on L-Carnitine, L-Arginine, and D-Ribose — three things I’ve never heard of — to pump you up. Presumably lots of caffeine, too.

Naturally, that comes at a price. While the company claims it is delicious, Allday Energy is really quite awful, like cough syrup mixed with Kool-Aid… a difficult combination to stomach. I got it down eventually and, I’m happy to report, I finally woke up… but that might also have been thanks to the three pieces of pizza I sucked down. (And yet, I can still taste the Allday Energy, several hours later.)

Based on this limited testing, I can’t tell you if Allday Energy is any better at waking you up than other energy shots… but I can assure you it is one of the less delicious shots out there.