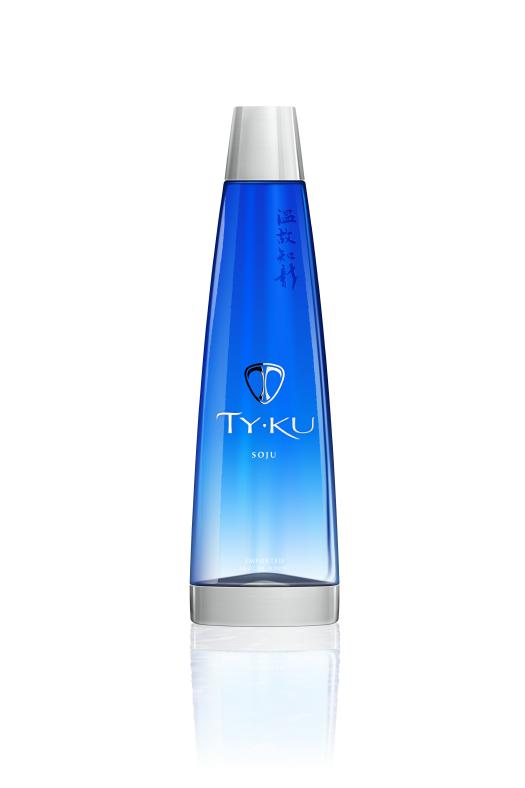 The only sane thing to do here is to explain what soju is. It’s not sake, though sake drinkers will notice some similarities in the flavor profile. While sake is more akin to wine or beer, soju is a Korean distilled beverage, more like vodka.

But not exactly: At just 48 proof (Ty Ku’s alcohol level is typical), most soju wouldn’t pass for any serious spirit. Instead it occupies a middle ground between wine and liquor… and one which will probably suffer confused consumers for years to come. (To further complicate things, in China, shochu is about the same thing as soju.)

Ty Ku’s blue-bottled soju (the actual spirit is clear) is a crisp and pleasant spirit that I like a lot. With fresh melon notes like the best sakes, this soju is brisk and easy to drink on its own or with mixers. (Ty Ku positions it as a “modern update” to soju and as a substitute for vodka in mixed drinks as a way to cut calories. Not a bad idea.)

Distilled from barley and made in Japan (not Korea), a touch of sweetness is evident in the body, but it fades fast, leaving behind that honeydew character that begs you to take another sip.

Very easy to drink and worth a try in any vodka-based cocktail… but only after you give it a whirl on its own.