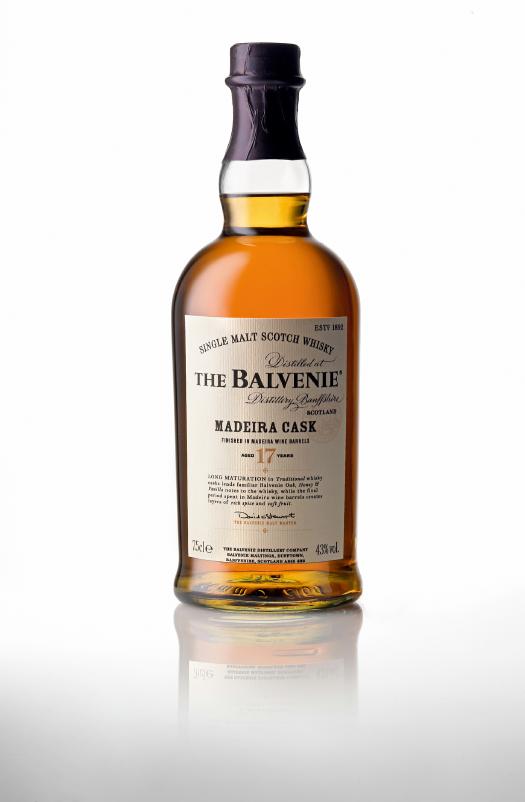 A few months ago I had the opportunity to try The Balvenie’s newest expression — a 17 year old single malt finished in Madeira casks — before its formal release.

But that was a mere taste in the grand scheme of things. Lately I’ve been sampling it again to form a more fully fleshed-out opinion on the whisky, putting aside my old notes and tasting it with a fresh palate.

The nose and body are simple and fairly traditional, with just the lightest touch of oak to play with the honey, heather, and jasmine notes in the Scotch. You get a whiff of the Madeira here, too, but it’s not until you let it linger on the tongue that that finishing cask comes through. Madeira is an acquired taste for many, and I expect that some Scotch drinkers will be put off by it, but it works pretty well with the otherwise straightforward Speyside Scotch. The finish is aromatic, exotic with incense character, and a bit spicy. Racy, even.