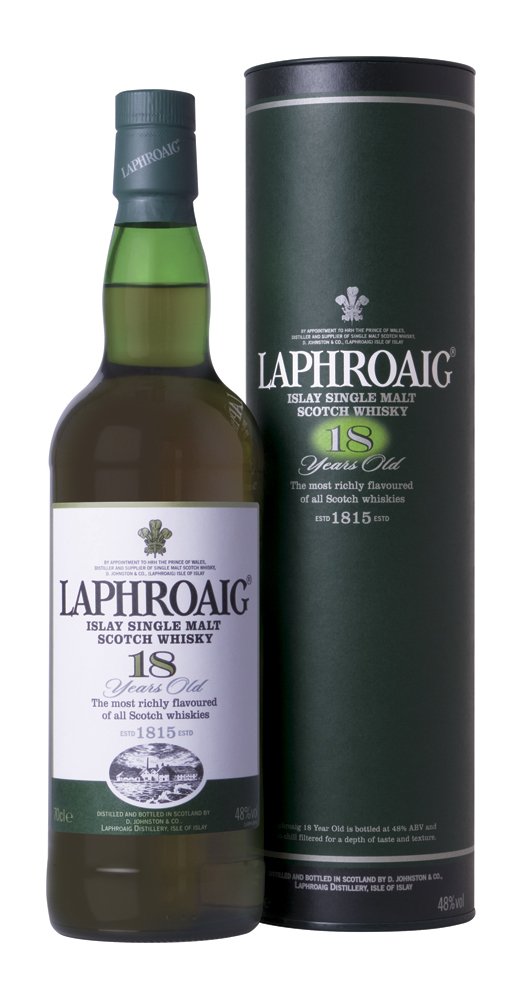 This year, Laphroaig bids farewell to its 15 year old Scotch and replaces it with one of slightly higher maturity (and perhaps a bit more coin): Laphroaig 18 Years Old.

It’s quite an interesting malt from the Islay-based distiller, more mature and refined than the younger Laphroaig, which is invariably so heavy on the peat smoke that it’s hard to pick out additional characteristics.

In the 18 Year, that peat influence has thankfully mellowed a bit, letting Islay’s other sea-influenced characteristics seep through. You’ll get lots of iodine and saltiness in this single malt, with a big blast of seaweed up front. There’s a surprising sweetness here too, honey-like in character, but it’s not cloying. There’s even a curious touch of lemony citrus I picked out after letting it breathe in the glass for half an hour. It all finishes up with that famous Laphroaig peat, moderate in finish and not burning at all despite its 96 proof alcohol level.

All in all, perhaps my favorite Laphroaig expression to date.