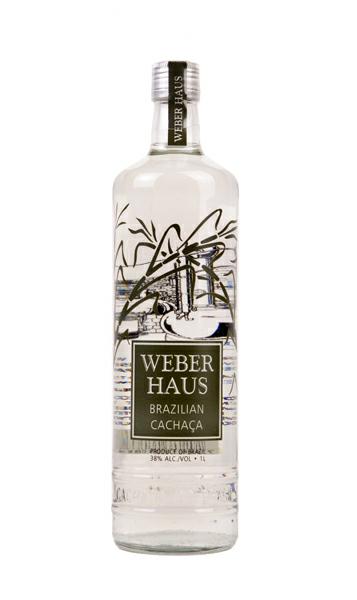 I don’t think it’s just me who pegs “Weber Haus” as a distinctly German name… and maybe an odd choice for a Brazilian cachaca… but no matter.

Weber Haus actually makes a wide variety of cachacas for the local and export markets, including aged and various, special bottlings. This silver cachaca, which has been sitting in my to-do list for far too long, is a solid one: Smooth and silky in mouthfeel, with a dusky, coal-flecked body.

It’s got a good slug of that traditional, gasoline/rubber character, but it’s still mellow, allowing just a touch of sweetness to come through in the end. Nice choice for a caipirinha.