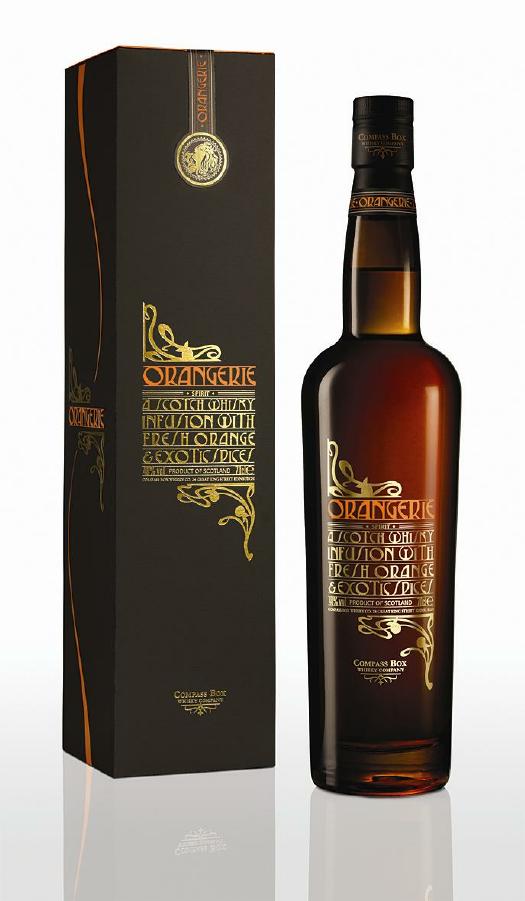 The folks at Compass Box make some unusual whiskys to begin with, but Orangerie is something unlike any other Scotch you’re likely to have tried: Take a Highland single malt whisky (from Fife) and add hand-zested Navalino orange peel, Indonesian cassia (cinnamon), and Sri Lankan cloves to it. Bottle the infusion and you have Orangerie, now back on the market after three years of unavailability.

For a devoted Scotch drinker, Orangerie is a shock to the senses, a powerful orange experience with a whisky kick. It’s kind of like Drambuie in reverse. The spices — cinnamon and cloves — are almost an afterthought here, adding just a touch of exoticism to the sweetness. In the end, Orangerie grows on you amazingly. The orange — initially quite shocking — becomes tolerable and then quite pleasant the more you drink. It’s not a Scotch I’d drink every night, but as a curative against the chill or during holiday festivities, perhaps with a slice of pumpkin pie, this could do quite nicely.