Energy is for sissies. The future is all about the chillax.

Little two-ounce plastic shots filled with caffeine, taurine, and other ‘ines are all the rage, but the newer phenomenon is shots designed not to pump you up but to cool you down.

Two boxes of these things arrived on virtually the same day, both with “Chill” in the name. It’s probably recklessly irresponsible to down this much chilling power all at once, but that’s why we’re here: So you don’t have to. Here’s what it’s like to be this “chill.” 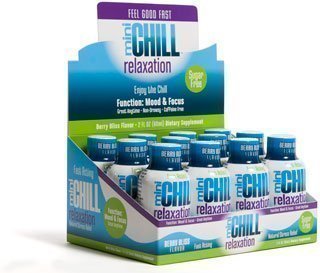 Mini Chill Relaxation “Natural Stress Relief” includes Valerian Root, GABA, L-Theanine, and 5-HTP. I don’t know what most of that stuff is, but I do know it’s purple. The flavor is berry-like but mild, very lightly sweet via a light touch of sucralose, and actually pretty easy to drink. Do I feel relaxed after polishing one off? Yes, but I’m barely awake enough to finish typing this as it is. Nothing to do with the beer, I’m sure. B+ / $36 for twelve 2-oz. bottles / minichill.com

iChill Relaxation Shot “Blissful Berry” is a much different formulation, including Vitamins B3, B6, B12, B5, Valerian Root, Rose Hips, and Melatonin. While Mini Chill purports to be non-drowsy in its formulation, iChill specifically suggests it might knock you out. That’s if you can finish it off. The taste of iChill is horrible, to be honest, oversweetened to oblivion with a Stevia-based additive, with a bitter finish and a phony berry character. Tastes like medicine. Chilling medicine. D+ / $37.50 for twelve 2-oz. bottles

Does this stuff work? Maybe. But frankly a Melatonin or Valerian Root tablet might do you just as much good if you’re feeling a little too wired. 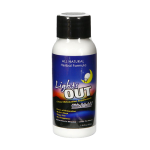