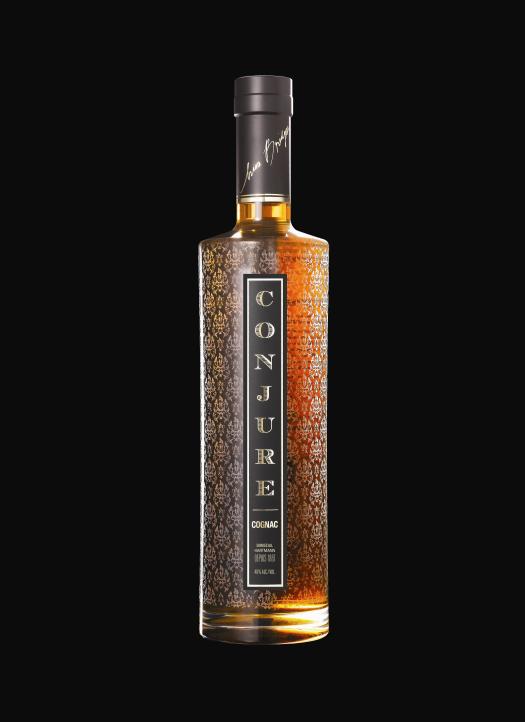 If nothing else, I recommend you get your hands on the press book for Conjure Cognac, a new spirit brought to you by rapper/actor Chris “Ludacris” Bridges. Filled with pictures of Bridges sniffing samples at France’s Birkedal Hartmann while surrounded by dapper Frenchmen, it’s as bizarre a promo for a spirit as I’ve encountered.

As for Conjure Cognac itself (tagline: “Imagine the possibilities.”), it’s exceedingly fruity, with a big apple character, and a hefty, sugary and spicy finish. The initial rush is quite tasty, but that finish is tricky, almost like that of a cheap rye whiskey. There’s wood in there but it’s too smoky, and it doesn’t fit will with the hefty fruitiness in the body. The end result can only be described as out of balance.

As a mixing brandy, which is how I figure most people will consume it, Conjure works. On its own, though, Conjure isn’t half as smooth as it wants to be. Sorry, Ludacris.

And by the way, pay special attention to the white, lacy etching on the bottle for an, er, intriguing surprise.