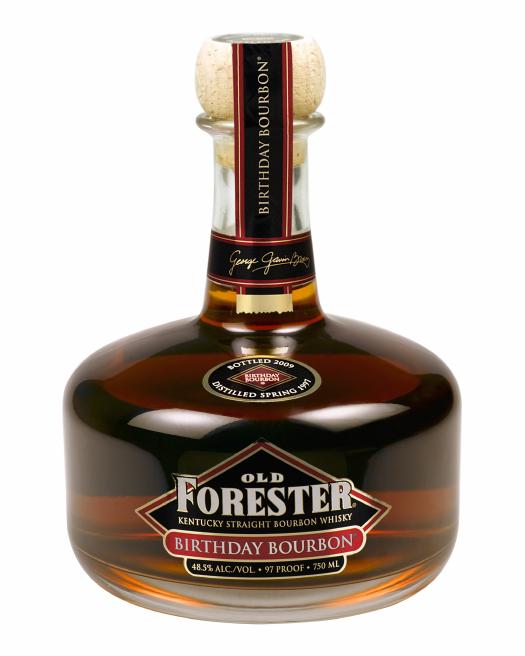 Hey, who doesn’t like a birthday? The bourbon gurus at Old Forester like it enough that every year they celebrate by releasing a new, special-edition bourbon to celebrate the birthday of their founder (September 2), something they’ve done every year since 2002.

For this 8th edition of the Birthday Bourbon, Old Forester offers a whiskey with 12 years of age on it, bottled at 97 proof (because, they say, it was distilled in 1997 (in fact, on a single day in 1997) — these guys are serious about their numerology).

As for the bourbon, this deep amber spirit is hot and smoky, a monstrous bourbon that demands a touch of water to become approachable. It’s tricky to get that splash just right, though: Too much water and this 2009 Edition BB becomes just a puddle of smoke. Get the blend right and you’ll get its candied fruits, tree sap, and light vanilla notes. But no matter what: Smoke. This is a Scotch drinker’s bourbon if ever there was one.

The bottle is both a conversation piece and wholly unwieldy. Cute, though.