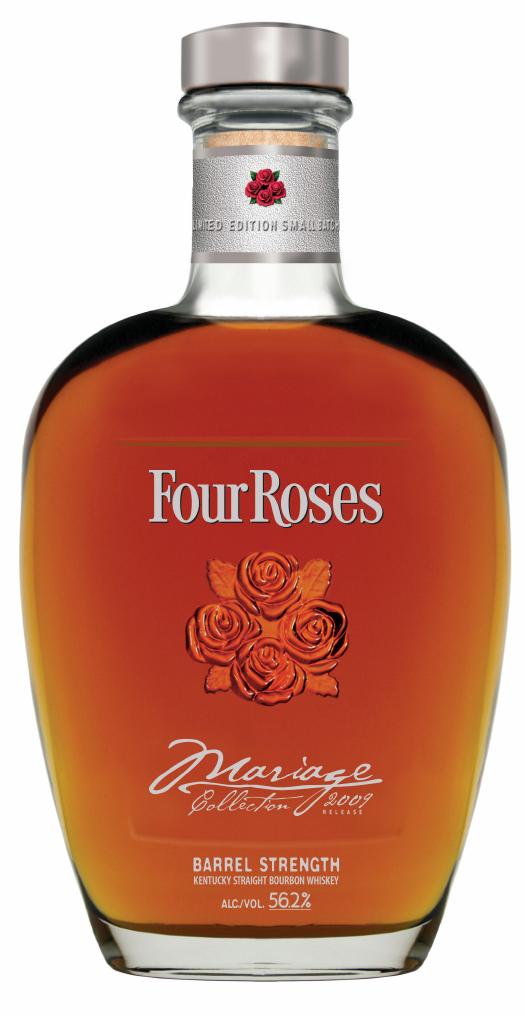 Has it really been a year since Four Roses put out its first Mariage Collection bourbon? I was a huge fan of the 2008 edition, Four Roses again blends two batches of whiskey together to create a sophisticated blended bourbon.

The two whiskeys this time out are a rye-heavy 10-year-old bourbon and an ancient 19-year-old barrel.

With such an old whiskey in the mix, you’d think this would be covered in oak, but that’s not the case. Up front the 2009 Mariage offers strong caramel and butterscotch notes, almost dessert-like. There’s smoke in the mid-palate, and a somewhat tight finish where the wood starts to show through a bit more. Some sherry-like notes in the end, almost with hints of brown sugar.

It’s a very different whiskey vs. the prior edition, more classical in its bourbon structure than the Irish-inspired 2008. Both are good, and I suppose the one you choose to drink depends on the kind of night you’re looking to have.

Final proof not yet determined. Sample bottle indicates a range of 114 to 118 proof, a bit hotter than last year’s version.