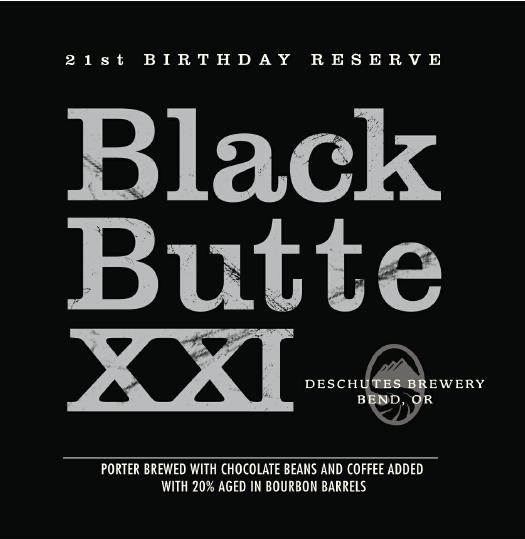 Hefty beers like this are normally not my thing, but Deschutes’ Black Butte XXI (celebrating 21 years of the brewery), 2009 edition, is something special.

As you’d expect, coffee and chocolate are the predominant flavors and aromas here — chocolate more on the nose, sweetened coffee in the body — but it’s more complex than that. The cocoa and coffee really meld together well in the finish, with a little cinnamon kick and a very light bitterness to remind you that, hey, you’re really drinking beer. (With virtually no head, you’d never know from its looks in the glass.)

There’s a touch of alcohol here (11% gets you places, after all), but it’s all extremely well thought-out and comes together perfectly. I opened a bottle for a few friends. It was gone, fast, beloved by all. Deschutes may call it experimental, but it’s a reminder that some experiments lead to resounding successes.

Serve slightly chilled but not too cold.