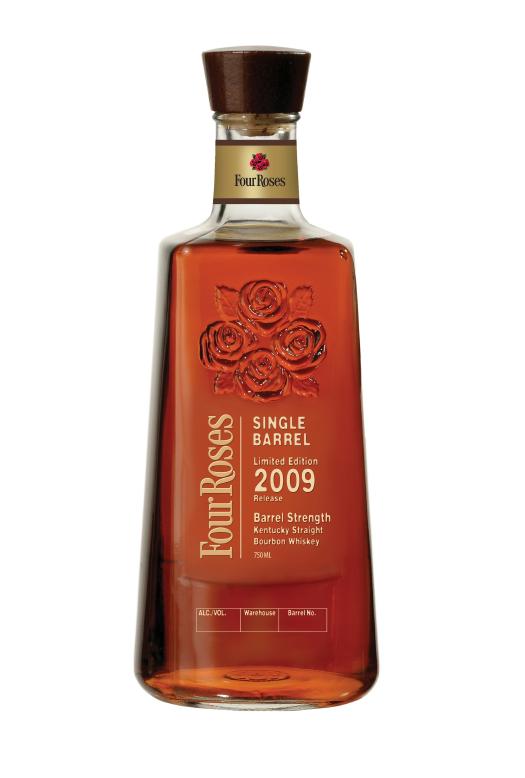 The bourbon wizards at Four Roses are at it again, with yet another solid expression.

Four Roses updates its portfolio with this limited edition single-barrel release, vintage dated 2009 and limited to just 1,800 bottles — at most. Made using the OESQ recipe and aged 11 years, it was selected from 10 recipes lingering around the Four Roses warehouse for release this year. Who knows what 2010 will bring.

Tasted side-by-side with Four Roses “standard” Single Barrel bottling, the 2009 edition is immediately hotter and spicier on the palate. I’m not sure of the proof level (checking, update to come), with a clear apple character that fades to cinammon, vanilla, and heavy oak character. It’s less well-balanced than the non-vintage Single Barrel, and needs a good dose of water to open up, otherwise it’s just too strong.

I like it a lot, but have to admit a preference for the regular Single Barrel, which is sweeter and more easygoing. Still, both are good. But the Single Barrel has the advantage of now being pretty easy to find on shelves. This one, alas, will certainly not be.