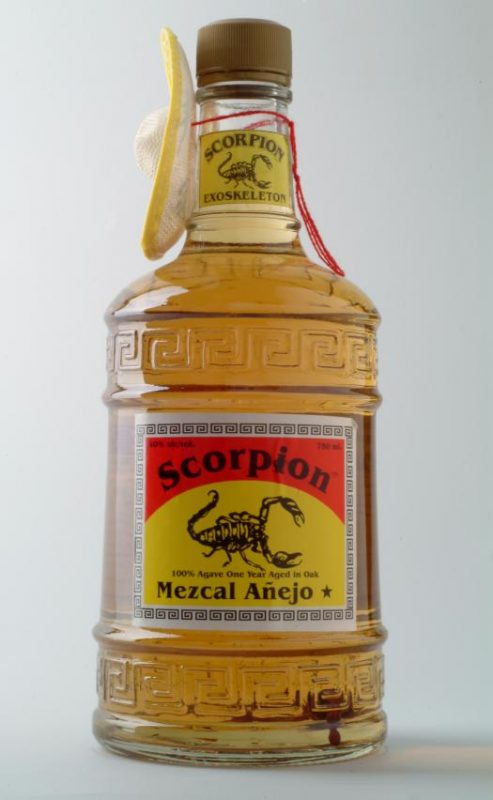 Mezcal (aka mescal) gets quite the rap. To set you straight, mezcal is made from a number of different types of agave (whereas tequila is only blue agave). The agave (or maguey) is roasted in a wood-fired pit for several days (whereas with tequila the agave is generally cooked in ovens), then fermented — a smoky flavor resulting from this roasting is characteristic of all mezcal. Mezcal must be 80% agave, whereas tequila must be 51%, legally (though, for both spirits, 100% agave results in the best quality spirit). Like tequila, mezcal can be bottled without aging, or after spending time in oak barrels.

Mezcal also has an amazing notoriety for causing hangovers. And then there’s “the worm,” a type of weevil or caterpillar larva that is often added to the bottle before it’s sent off to your local watering hole to get you drunk. Really just a marketing gimmick, the worm has become part of mezcal legend and seems not to be going anywhere soon.

Except for Scorpion Mezcal, which subs in a scorpion carapace in its mezcal bottlings in lieu of the good old worm. Gimmick? Sure, but no more than the worm. In fact, it’s considerably more awesome, in my opinion, to nab an arachnid in your bottle instead of a garden-variety bug. As for the little sombrero on the bottle, well, your kids will probably love ’em.

We tried three Scorpion bottlings, each aged a different length of time. All are 80 proof and 100 percent agave. Some thoughts follow.

Scorpion Mezcal Silver (Joven) – The nose is agave, tinged with smoke, and that smoke expands heartily on the palate. The finish is surprisingly clean and quite warming, reminiscent of charcoal-fired barbeque grill on a hot day, maybe cooking up a meaty beef rib. A peppery character is evident on additional consumption, but otherwise this is pretty straightforward stuff and certainly a worthy entry into the category. B+ / $38 [BUY IT NOW FROM DRIZLY]

Scorpion Mezcal Reposado – Aged in oak for 2 to 11 months, but based on the pale color I’d guess somewhat closer to the former than the latter. Smoother on the palate than the Silver, but even smokier than its little brother. More complex than the Silver, with bigger agave notes and a specifically red pepper character to it. A sweet, sugary finish comes on (very) late in the finish, again warming you considerably. Probably a better choice for most than the Silver version for those who want to experience high-end mezcal as a novice. B+ / $42 [BUY IT NOW FROM DRIZLY]

Scorpion Mezcal Anejo 1 Year Old – Be advised — Scorpion also makes a 3 Year Anejo and with the exception of some rather small print, the bottles are the same. Now this, this is the stuff. Complexity really ramps up here, as the smoke plays with vanilla and ginger spice from all its time in wood to create something really unique. Not overwhelmingly smoky as many mezcals tend to be, with playful sweetness to cut through that. Amazingly smooth and quite addictive. Excellent price for the quality achieved. A / $48 [BUY IT NOW FROM DRIZLY]

Scorpion also makes several older mezcals, some aged up to seven years. Hope to give those a try someday and let you know about them. 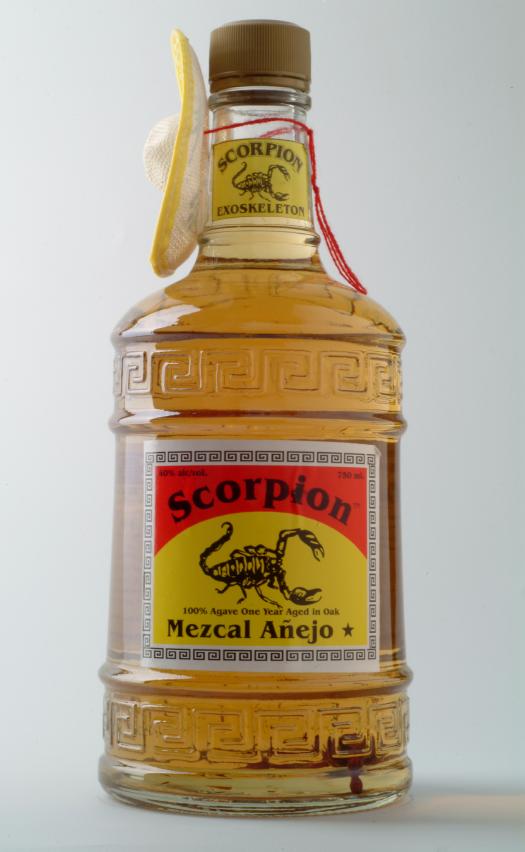