May 8, 2009/Christopher Null/No Comments
Buy It Now Rated A- Rated B+ Reviews Wine 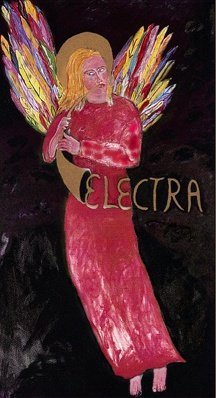 What an idea: Chill a wine shortly after fermentation begins and then filter and bottle it right there: You’re left with a quite sweet proto-wine (because most of the sugar in the grapes remains in the juice) with a low level of alcohol.

In the case of Electra, which is the juice of orange muscat grapes that’s had its fermentation arrested, that alcohol level is a mere 4 percent, less than beer and about a third that of a typical wine.

There’s also a Red Electra, which is based on regular muscat grapes and which hits 5.5 percent alcohol.

The fun thing about these wines is the way they taste fizzy without actually being sparkling wines — in fact that’s how they got their names — but because they’re so low in alcohol they can be consumed any time, at lunch with your picnic or as a dessert wine. The overwhelming sweetness makes them a tough match for many foods however, but the Red Electra’s sweetness is tempered a bit by that tiny amount of extra alcohol, so if you’re going to try these with anything this side of cheesecake, I’d suggest you start there. (That sweetness also messes with your mind and your palate — our brains are wired to assume that wines this sweet are high in alcohol.)

Surprisingly, the two wines — though wildly different in appearance — taste a lot alike. Muscat is muscat, to some extent, I guess. The orange muscat-based Electra has a stronger honey and citrus character, and it has quite a bit more of that fizziness than the Red Electra. The Red is also quite sweet, but more restrained, and it has cinnamon notes that give it a character almost like a mild sangria. It’s telling that when I opened both bottles at once — 2007 vintages — the Red was consumed twice as fast as the standard Electra, though both are worth trying.